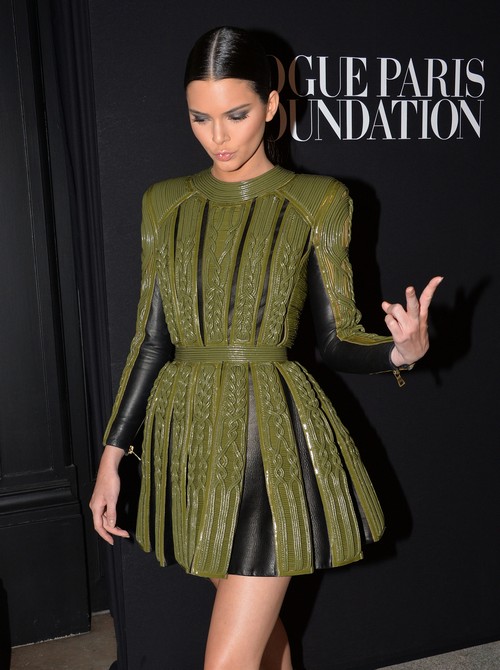 Kendall Jenner really, really tried to date major Hollywood celebrities after Harry Styles. However, nobody would touch her with a ten-foot pole so she’s now moved on to sports players. As evidenced by Khloe Kardashian‘s previous relationship with Lamar Odom, NBA players are clearly much less discerning about who they date than major A-list actors or singers. As such, Kendall didn’t have any trouble landing a major NBA star in Chandler Parsons.

Chandler Parsons just signed a major 3-year deal with the Dallas Mavericks worth $46 million. Yeah, I can see why Kendall went for the guy. It doesn’t take a rocket scientist to figure out that she had dollar signs in her eyes when she looked at him. And if Kendall didn’t then we know her momager Kris Jenner sure did. Kris cares about 2 things: money and money. If Kendall dared look twice at a man who wasn’t a millionaire Kris would punish her by having Bruce Jenner do her makeup for the plebeian date.

Anyway, the duo were ‘spotted together’ on Saturday night, according to reports. A source explained that Chandler and Kendall went out to dinner with some family and friends, with Page Six’s source adding, “Kendall and Chandler were flirting throughout the meal. They laughed and chatted all night.”

Kendall has been traveling a lot recently thanks to her modeling, her book, and her family’s fashion line. She was in Dallas last week so she probably met Parsons at some private event or function and decided that she was going to date him. And Parsons was either blinded by her Kardashian-ness or wanted some publicity, and thought dating her would be a good idea. He should probably call Harry Styles before he goes further, since he’s now gone from being a major player with the Dallas Mavericks to Kendall Jenner’s fling. Harry was also in the media for all the wrong reasons when he dated Kendall, one of the reasons that he dropped her like a hot potato when he got the chance. Chandler should do the same, especially if he doesn’t to be forever tainted by his Kardashian association.