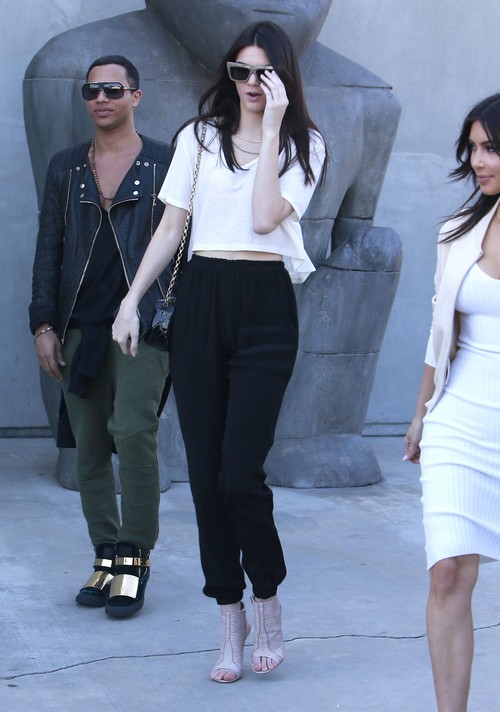 It was cute while it lasted. I’m talking about that ten week fling that Kendall Jenner and Harry Styles enjoyed earlier this winter. The two seemed to be pretty hot and heavy and trailed each other from L.A. To NYC to London and so on. They seemed to get along great and obviously enjoyed traveling together and that may have been part of the problem.

One Direction’s management wasn’t fond of the relationship of the fact that it played out in such a visible way. Kendall is used to living every moment of her life with a film crew trailing her while Harry is supposed to be a bit more mysterious. The 1 D fan girls are at least supposed to be able to fantasize that he could be their boyfriend, not see pics of him with another chick all over the net.

According to the March 24th print edition of National Enquirer Harry was actually forbidden from allowing Kendall to join him for part of the 1D tour and it was a rule that he chose to abide by. That totally set Kendall off. She expected him to go to bat for their relationship and when she realized that she wasn’t quite as important as she had once thought then she pulled the plug. Within one conversation Harry went from being Kendall’s dream guy to being a spineless, weak idiot that didn’t deserve her attention.

Should Harry have fought with management to allow Kendall to stick around for tour? Do you think that he would have if she had been more important to him? Tell us your thoughts in the comments below!