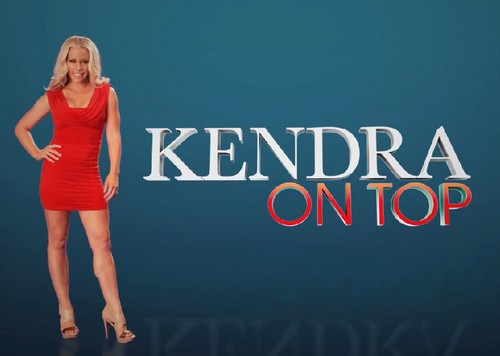 Tonight on WE Kendra on Top returns with in an all new Friday December 12, season 3 finale called, “The Untold Story, Part 2” and we have your weekly recap below. On tonight’s episode, Hank Baskett decides to come clean and finally reveal the truth to Kendra Wilkinson.

For those of you unfamiliar with the show, the series follows the day-to-day life of former Playboy model and The Girls Next Door reality television personality Kendra Wilkinson as she balances being a mother and her business ventures.

On the last episode, it was the first part of the season finale where Kendra and Hank were interviewed.

On tonight’s episode as per the WE synopsis, “After Kendra demands the truth, Hank makes the decision to reveal the truth to Kendra after all this time.”

Tonight’s Kendra on Top finale is going to be as dramatic as ever, and you won’t want to miss it. Be sure to tune in for our coverage of Kendra on Top tonight at 8 PM EST! While you wait for our recap, hit the comments and let us know how excited you are or this season of Kendra on Top!

Hank returns after storming off in the continuation of their first interview since the scandal. Apparently, he needed a break from the entire thing because he felt like he always felt when he’s talking to Kendra. He felt like Kendra was back to dismissing his feelings.

There’s been a lot of problems in Hank and Kendra’s relationship yet not all of it can be laid at Hank’s door. Like, sure, he was in a rough place when he cheated on Kendra but she has to ask herself how he got to that place to begin with.

Hank was severally depressed for months beforehand. And he felt out of place in both his career and in his life. So honestly Kendra was actually adding to his troubles rather than being the one he could turn to.

Kendra wanted Hank to be strong and she was constantly telling him to suck it up. Or be a man as if those words alone was supposed to help matters. And, well, it didn’t and so it made Hank feel like he couldn’t turn his own wife if whenever a problem cropped up.

But, admittedly, things have changed recently. At least for Kendra. She went to therapy and now that Kendra knows about her tone. She was warned about how she tends to escalate things like threatening his life if he didn’t answer her text right away – she wants Hank to acknowledge that he has a problem too. He can be secretive.

Everyone knows why Kendra is the way she is. She didn’t have a father growing up and for most part she raised herself. Even now her mom can’t be someone she’ll depend on. So when she married Hank – she wanted him to be the perfect man for her. And for a while he was.

When Hank and Kendra first met, he was confident and outgoing. But when that had changed after he started to get depressed – she lashed out at him because he was no longer the man she fell in love with.

Yet what’s hurting them is the fact Hank has never openly spoken about the affair itself. He admitted to his wife that he cheated and what led up it. Though he hasn’t said anything else on the matter. And that’s frustrating Kendra.
The longer she doesn’t get answers then the bigger she’s going to make this problem out to be!

So Hank has to come clean. Growing up she had only heard one side of the story in regards to her parents’ failed relationship. And now with the cheating – she’s working off the transgender woman’s story.

Kendra doesn’t need to hear his version to save her marriage. She’s already knows that she wants to fight for it. But she has to hear from Hank’s own lips that the cheating was a one-time thing and she also wants some reassurances that Hank does not have a fetish. If he could say that then she knows he’s fighting for the relationship as well.

However, besides being secretive, Hank likes to avoid conflict. It’s why he hasn’t told Kendra about the other woman and Kendra attributes this behavior to his upbringing. Hank grew up in a stable home with two parents. Meanwhile Kendra grew up far too fast for her age. She had to fight for what she wanted and she feels like Hank is stuck as a golden boy that he lost his way.

Hence she doesn’t want a mere quick fix which is something Hank wanted to do when he tried to give her a new ring.

At the time, Kendra told him she couldn’t accept the ring unless she heard the truth. And the all-important reason Hank gives for not saying anything is that he has to know how she’ll react. If she’s going to be cool headed while they’re talking then yes he’s going to tell her. Though if she’s going to go back to being confrontational then he’s not going to feel comfortable telling her.

But five weeks after their interview wrapped up – Kendra is still not wearing the ring! So maybe Hank should get the confession over with!