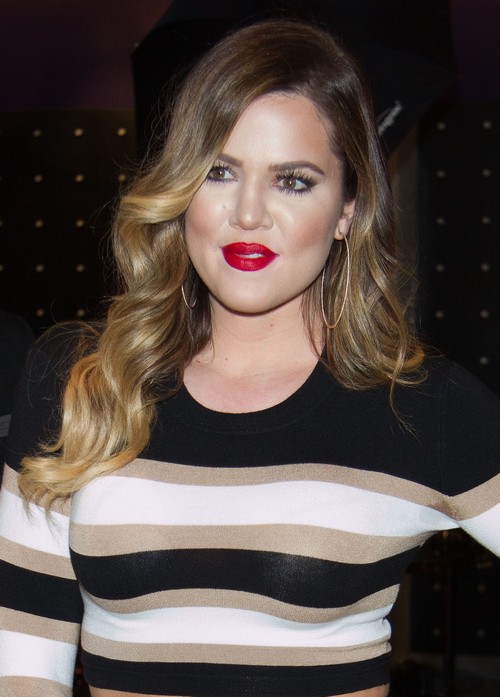 The Kardashian family is seriously the worst set of role models out there for anybody, much less other families. Even for reality stars, their behavior sets a new low, and their moral standards are so bare that they’re practically non-existent. What other family do you know that would have the mother, the daughter, and her rumored hook-up smoking blunts on a dance floor?

Khloe Kardashian was spotted at Tru Nightclub on Monday night with Kris Jenner and her rumored boyfriend, The Game. Several bystanders were able to capture pictures of Khloe dancing, and then lighting up a blunt. She then proceeded to smoke the weed in full view of the bouncers, the bartenders, and other club patrons – not forgetting that she smoked while she was still in the bar and still dancing, meaning she could have easily burned someone or set something on fire.

I’m sure she was left alone because of her fame, which begs the question – when will restaurants and clubs stop giving preference to celebrities, especially idiotic reality stars, when they’re putting other patrons at risk?

Anyway, Tru Nightclub hasn’t yet responded with a statement, although I’m sure they’ll come up with some cockamime excuse for letting Khloe smoke a blunt in the club. They’ll probably explain that the club was crowded and dark and that they couldn’t see what she was doing, although it’s pretty obvious that everyone would have known what she was doing.

What do you guys think of Khloe smoking a blunt on the dance floor at Tru? Should she get into trouble? Let us know your thoughts in the comments below.