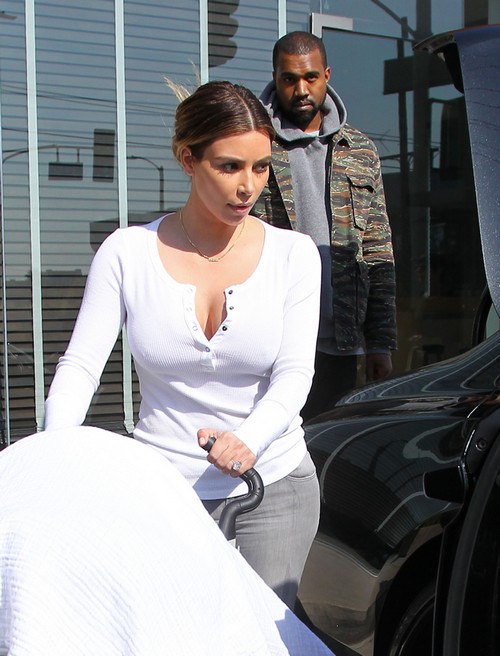 I always kind of had a feeling that Kim Kardashian never really learned from her big mistakes and I guess now I have all the proof that I could have ever needed. Remember that failed marriage to Kris Humphries that began with an over the top television wedding? Well, Kim seems to think that if she does a bigger and better television wedding then maybe this time she will get it right!

According to the Feb. 10th print edition of In Touch magazine Kim and baby daddy, Kanye West are planning a $30 million Parisian wedding that will put all others to shame. At first Kanye didn’t want it televised but then he realized that if E! Films it they’ll also foo the bill. That means that all of the guests that he wants there will be flown in on their dime and that, to Kanye sounded like a great idea.

Here’s the thing though, the Kardashian’s reality show’s ratings are already rapidly declining. Does E! Really think that another over-the-top wedding that’s likely to fail is really the way to go here? I mean, who will tune in to watch two of the most arrogant people on earth tie the knot? Especially now that we all realize just how fake it all is?  Do you think that Kim really even wants to spend the rest of her life with Kanye? Or does she feel obligated to go through with a wedding now that they have a baby? Tell us your thoughts in the comments below!