Kanye West Believes Annie Leibovitz Didn’t Photograph His Wedding Because She Was Afraid Of His And Kim Kardashian’s Star Status! 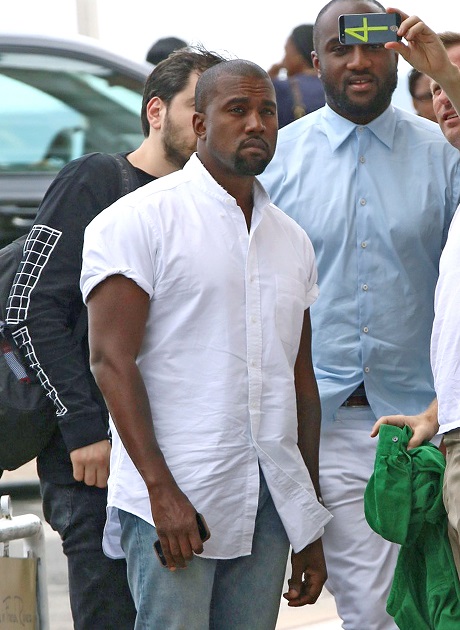 Kanye West thinks he owns the universe. His eccentric personality, coupled with Kim Kardashian’s vanity, has intensified over the past year. Kanye’s garish opinions have gained a cult-like notoriety, mostly due to his hate-Hollywood-forever antics.

The rapper allegedly spent four days editing a wedding kiss photo, because the famous Annie Leibovitz jumped ship at the last minute. Hell hath no fury on a Kanye scorned. The cutthroat Kanye blamed Leibovitz for her mutiny during a panel interview at the 2014 Cannes Lions International Advertising festival.

“Let me tell you something about that kiss photo that my girl put up … this was p***ing my girl off during the honeymoon, she was exhausted because we worked on the photo so much because Annie Leibovitz pulled out right before the wedding. I think that [Leibovitz] was, like, scared of the idea of celebrity,” explained Kanye.

Dearest Kanye, Leibovitz is the most famous photographer in the world. She did a photo shoot with John Lennon and Yoko Ono five hours before his death. Read that again: JOHN LENNON. The renowned photographer, who already photographed Kim and Kanye for a Vogue cover, does not do weddings.

After eating some baked crazy pie, Kanye continued, “Because Annie pulled out, I was like, ‘Okay, I still want my wedding photos to look like Annie Leibovitz,’ and we sat there and worked on that photo for, like, four days because the flowers were off-color. Can you imagine telling someone who wants to just Instagram a photo, who’s the No. 1 person on Instagram, ‘We need to work on the color of the flower wall,’ or the idea that it’s a Givenchy dress, and it’s not about the name Givenchy, it’s about the talent that is Riccardo Tisci — and how important Kim is to the Internet.”

Four days. FOUR DAYS. Not even a clever fly lives that long. Thank the gods for PR people. Kanye and Leibovitz released a joint statement about the whole debacle and rectified the jagged awkwardness with a couple of well-placed comments.

According to a representative for Leibovitz, Kanye’s “comments about Annie Leibovitz while speaking at the 2014 Cannes Lions International Advertising Festival have been taken out of context and sensationalized.”

“Although Kanye expressed frustration that he was not able to collaborate with Annie Leibovitz at his recent wedding, he is not assigning blame, and is not accusing Annie in any way. Kanye and Annie’s representatives were in negotiations for weeks that were not completed by the time of the wedding. Annie would have been happy to do the portrait but she was never confirmed.”

“Kanye loves and respects Annie as a true artist and wanted to bring her eye for beauty to the imagery of the event.”