Kim Kardashian Urged Khloe Kardashian To Divorce Lamar Odom – Watch How In New Keeping Up With The Kardashians Clip! (VIDEO) 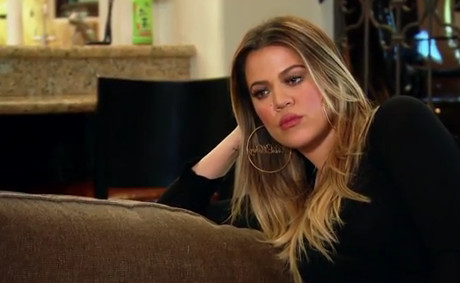 In a new promo clip for an upcoming Keeping with the Kardashians episode, Kim Kardashian is seen trying her hardest to convince Khloe Kardashian to call it quits with Lamar Odom, the drug addict who hurled the Kardashian universe into complete chaos. The upcoming episode, which will air this Sunday, is the mid-season finale and will largely concern Khloe’s dealings with the end of her marriage to Lamar. Of course, we already know how this situation ended in the real world, but with KUWTK we’ll get to see the behind-the-scenes drama firsthand.

Kim begins: “I just don’t want you to put your life on hold when you have already for so long — like, you’ve done every last thing a person can do. You know, showing up to therapy sessions . . . . You know, if it’s a couples therapy and only one shows up, there’s not much you can do. You can’t keep on going hoping the other person’s going to show up. And I think that you feel guilty, like you’re giving up, if you leave . . . when we just want you to know that it’s not giving up.”

“For me, it’s hard to make a decision . . . just alone,” says Khloe. “It’s unfair you’re alone in your marriage,” adds Kourtney. On the the act of breaking up, Khloe adds, “It’s easier said than done, I guess.”

Take a look at this emotional teaser clip and let us know what you think in the comments section below.