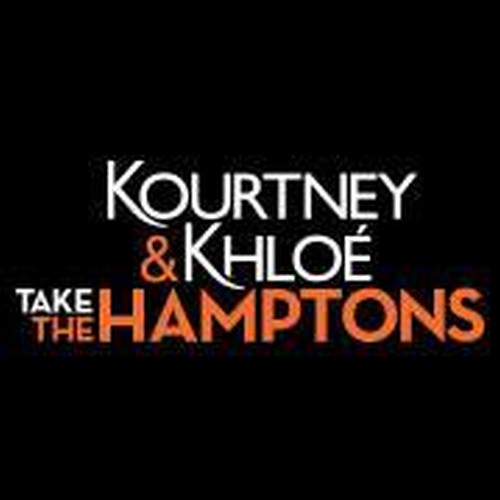 Tonight on E! Kourtney and Khloe Take The Hamptons continues with a whole new Sunday December 14, season 1 episode 7 called, “Riding Dirty,” and we have your weekly recap below. On tonight’s show Khloé Kardashian revives her love of horseback riding, Scott Disick and Kourtney  Kardashian make a bet on how long she will last.

On last week’s episode, Khloé went above and beyond to help Scott when she arranged for them to host a podcast together, but things take a turn for the ugly when her brother-in-law reneges on a promise to appear in a French Montana music video. Meanwhile, Kourtney’s assertion that she was a trained sailor got put to the test on the open water. Did you watch the last episode? If you missed it, we have a full and detailed recap right here for you.

On tonight’s episode as per the E! synopsis, “Kourtney and Scott make a secret wager on how long Khloé will last at horseback riding after she takes a renewed interest in the sport; Kourtney and Kim decide the best way to put an end to their mom’s cranky mood is by finding her some romance; and Kris goes behind Kim’s back when she puts a bid on her daughter’s dream NYC apartment.”

Tonight’s episode is going to be drama packed, which you won’t want to miss. So be sure to tune in for our live coverage of E!’s Kourtney and Khloe Take Hamptons Season 1 episode 7— tonight at 9PM EST! While you wait for our recap, hit the comments and let us know how excited you are about the new show of KKTTH.

Tonight’s episode of Kourtney and Khloe Take The Hamptons kicks off with the Kardashian family and their friend Malika visiting Khloe and Kourtney in the Hamptons.  Kim and Kris are both shopping for houses in New York City.  Kim falls in love with a house, and Kris warns her that she has too much on her plate and she should focus on the house she has under construction in LA.  Kim is frustrated because her house in LA is taking too long to build.

Khloe and Scott get ready to go to an Equestrian store to get some riding gear.  Meanwhile, back at the house – Kim wants to help her mother Kris dive back in to the dating scene.  She has a celebrity chef coming over and Kim wants her to look nice for when Jordan arrives.  Kourtney is skeptical, but she thinks that Kris might be interested in Jordan.  Kim’s friend Jonathan arrives, and Kim enlists him to help her make sparks fly between her mom and the chef.

Scott arrives at the Equestrian store with Khloe, Scott jokes with the sales associate that Khloe needs some ass-less chaps.  While Khloe is trying on riding pants – Scott has the sales woman get his and Khloe’s riding helmets personalized and has “The Lord” and “The Lady” monogrammed on them.
Back at the house Kim and Jonathan are scheming after lunch, and trying to figure out how to get the chef and Kris together.  Jonathan sends Jordan in to Kris’s room to give her a glass of wine and then he tries to lock Jordan in the bedroom with her so that they are forced to spend some time together.

Kris and Jordan decide to play a trick on Jonathan, Kim, and Kourtney – when they head out on the boat, they toss their underwear on the floor and climb under the covers and pretend to have sex.  Everyone is shocked when they walk in but then Kris laughs that they “got punked” and reveals they were faking it and have their clothes on still.

Later Kim finds some papers of Kris’s and learns that she is putting in an offer on the house that Kim wants in New York.  Kim can’t believe how shady her mom is, she talked her out of getting the apartment because she wanted it for herself.  Kim is not happy and says that she is going to give her a dose of her own medicine.

Khloe is sitting outside with Kris, and her mom receives a phone call revealing that she has been outbid on the house and if she wants it she is going to have to make a counter offer.  Afterwards Kris confesses to Khloe that she is trying to get the house in New York that Kim was going to buy.  Khloe groans that she and Kim are too competitive with each other, she warns her mom “not to poke the bear.”

Scott is trying to get Khloe to go horseback riding with him, Khloe admits that she has second thoughts because Kourtney told her how dangerous it was and convinced her that it wasn’t worth risking getting hurt.   Scott is obviously not happy that Kourtney convinced Khloe to cancel their plans.  Scott shows Khloe the monogrammed riding helmets that he had made for them, Khloe is surprised that Scott is willing to go riding with him – even though he has no idea how. So, she heads to the horse farm with her for their one on one lessons.  Scott’s not a fan, he doesn’t feel safe or comfortable – and he doesn’t get how Khloe makes it look so easy.

Kris gets a phone call from her assistant – she wants to give her a heads up that Kim has been bidding on the same New York house that she has been bidding on.  Kris hangs up, and wants to know why Kim has been outbidding her.  Kim turns the tables and wants to know why her mother told her not to get the apartment just because she wanted it.  Kris taunts her that if she puts in another offer, they are going to sell her the house and not Kim.

Kim receives a phone call from her real estate agent and learns that she didn’t get the NYC apartment because someone put in an all cash offer.  She runs back downstairs and demands to know if Kris is the person who put in the all cash offer – and Kris swears that it wasn’t her, but she thinks that it is funny.  She and Kris wind up having a food fight in the kitchen.

Scott and Khloe return from riding horses, and Kourtney is not happy, she says that Scott will do anything to win a bet.  Khloe is not happy when she learns that Kourtney and Scott were waging bets on whether or not Khloe would actually go horseback riding.  She’s hurt that the only reason Scott wen with her and bought her stuff was because he wanted to win a bet.  She throws the shoes at him that he bought her and storms inside.

Khloe decides to get even with Kourtney and Scott – so she heads upstairs and gives them a giftbag with a whip and ass-less chaps in it.  Scott goes in to the bathroom and puts on the ass-less chaps, and Khloe squeals and runs out the bedroom.  Kourtney laughs that I doesn’t turn her on at all.