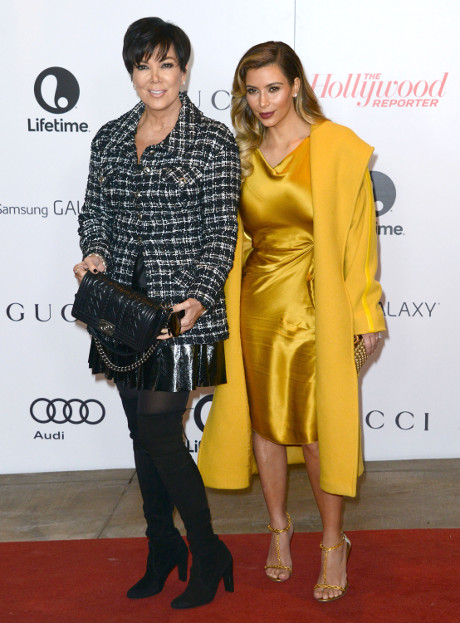 Kris Jenner admits that “dating” Ben Flajnik was all a publicity charade, nothing more than a “business transaction,” to help keep her name in the spotlight and her Kardashian empire afloat. Kris’s sister, Karen Houghton, actually reached out to In Touch magazine and, throwing all notions of sister-sister confidentiality to the wind, revealed, “She said it was more of a business deal.” Karen supposedly texted her sister to ask if the two were dating and Karen then received that very forward response.

Another family insider tells the magazine, “Everyone in her circle is joking that she’s going to leak a sex tape with Ben to get more attention. It worked for Kim — and no one is putting it past Kris!” We definitely don’t need another sex tape from this family, that’s for sure, but who knows what Kris will do in her desperation to boost the popularity of her family. When she gets stressed,“she works and she exercises,” the insider reveals. “She gets in the office and she sits at that computer at 5 a.m. and she tries to make things happen.”

From the looks of her show’s ratings and numbers, Kris better make something happen fast if she’s to preserve the fame and popularity of her family’s brand over the coming years. Keeping up with the Kardashians raked in a whopping 5 million viewers in the year 2010 but finished 2013 with only 2 million viewers. Yikes. Talk about a decline.