Kristen Stewart Career Back On Track After Cheating Scandal? 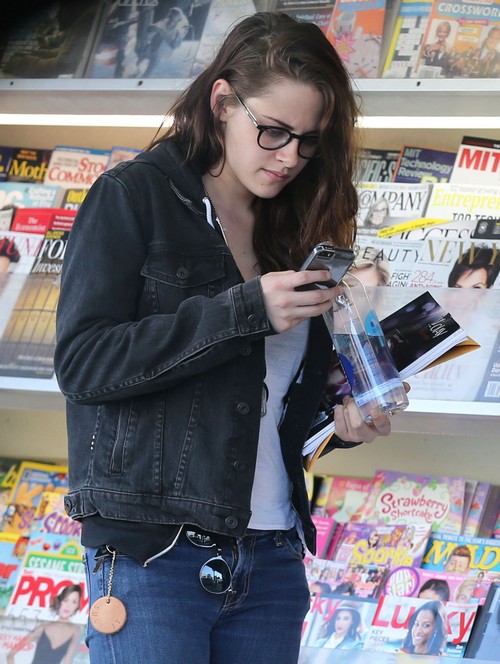 There’s been an increased amount of attention focused on the differing career trajectories of Kristen Stewart and Jennifer Lawrence, especially recently. Both started out in similar enough positions, as the leading ladies of beloved young adult film franchises. However, Jennifer – whether by talent or charm – has become the Internet’s Pretend BFF whereas Kristen has become the person that everybody loves to hate.

The vitriol was always there, but it got very heated after Kristen’s cheating scandal with Rupert Sanders went public. Of course, her public image wasn’t the only thing that was damaged after that – her career took quite a hit as well. It was rumored that she was dropped from the Snow White and the Huntsman sequel, and she’s also had trouble landing either blockbuster fare or serious awards bait. After Twilight ended, have we seen Kristen land roles immediately that were actually sought after by other actresses?

Anyway, it seems as though Kristen’s career has finally started to get back on track, helped by the news that she landed Equals with Nicholas Hoult. Also, her first post Twilight solo outing in Camp X-Ray was also received well at Sundance, with many critics praising her return to form. Honestly, I don’t see her public image getting fixed as quick as her career seems to have gotten back on track, but I don’t think Kristen cares. By doing films like Camp X-Ray and Equals, she’s pretty much making an unofficial statement that she’s sticking to indie films. Either that, or she’s just not being offered anything else.

What do you guys think? Will the good reviews and increased film roles help Kristen’s public image, or do you think it won’t make a difference? Let us know your thoughts in the comments.