Kristen Stewart Wins Robert Pattinson Back By Playing Hard To Get? 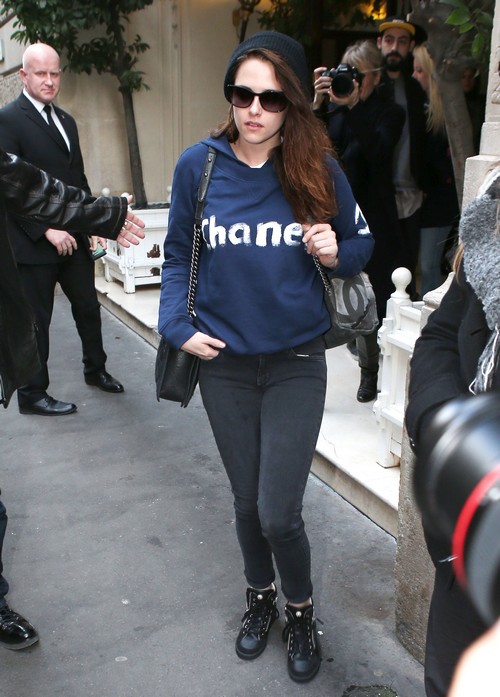 Does Kristen Stewart really have any chance of getting Robert Pattinson back? Well, apparently she thinks she does. According to a report from Hollywood Life, Kristen’s decided that the best way to win Rob back is to play hard to get. Um… isn’t that how they broke up? I’m confused.

Hollywood Life’s ‘source’ explains, “Kristen has been telling all of their mutual friends that she’s over Rob and ready to move on but it’s not true. She knows it will get back to Rob, and it’s all part of her plan to get him back. She’s decided that she needs to start playing hard to get. She’s hoping that when Rob finds out she’s talking about moving on that he’ll step up to the plate.”

Right, because that’s what ex-boyfriends who’ve been cheated on and humiliated do – they wait for confirmation that their ex-girlfriends are moving on, and then they come back and beg these ex-girlfriends to get back together. I don’t think that’s how the real word works. Plus, hasn’t Rob’s ego taken enough of a beating in the last few years? The guy already got back together with Kristen after being cheated on, and then he took another beating in their relationship when everyone dumped on him for getting back together with her.

Even then, it didn’t work out, and I think it’s pretty obvious that things are done for good. There’s very little Kristen can do now to change things, apart from wait and hope for the best. There’s a slight chance that Rob might miss her somewhere down the line and try to get in touch with her, but is she really that desperate? Sorry Twi-hards, don’t answer that question.