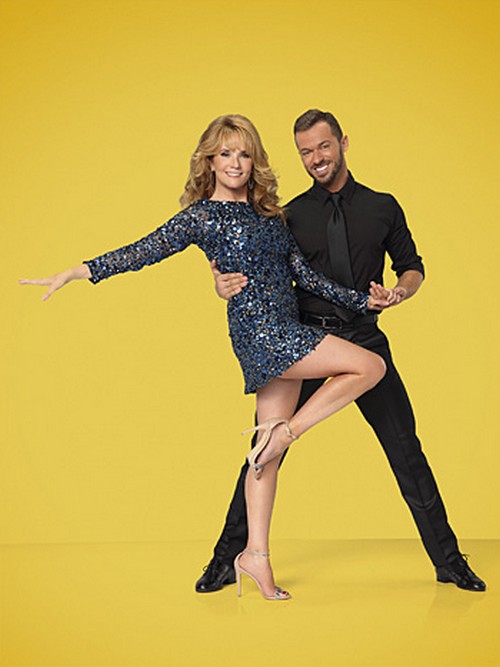 Tonight on the season 19 premiere episode of Dancing with the Stars American actress, television director and television producer Lea Thompson danced a Foxtrot to “This Will Be” by Natalie Cole.  The competition kicked off tonight with a two-hour premiere and each couple performing a Cha Cha, Foxtrot or Jive, vying for America’s vote for the first time.  Did you watch tonight’s premiere episode?  If you missed it we have a full and detailed recap, right here for you.  If you missed any of tonight’s videos we have them all for you too!

Lea Thompson and professional dancer Artem Chigvintsev: dancing a Foxtrot dance. Lea has been getting ready for her dance tonight.  Lea tweeted this about tonight, “Wow I have never been so excited to give my phone number to everybody!”

Judges’ comments: Julianne: “That was so beautiful, your lines were spectacular. You guys are beautiful.” Bruno: “We could have a blockbuster here in our hands, your figures and quality of movement is exquisite.” Carrie Ann: “I thought that was one of the best first Fox Trots that I have ever seen.” Len: “It was great, your future is rosy because that was well done.”