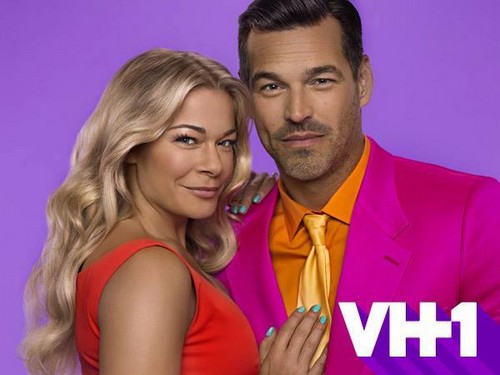 Tonight on VH1 LEANN & EDDIE airs with the eighth episode of its first season called, “Hawaii Five-Ohhh.” On tonight’s episode, the couple go on vacation with their parents to Hawaii, where LeAnn discloses that she’s off birth control.

On the last episode Eddie wanted to redecorate a room in the house. In doing so, he hoped to teach LeAnn a lesson about valuing the opinion of others. LeAnn was also working with a company that produces see through security purses. She decided to have some fun and carry one of the bags with Tequila and a dildo in it.  She went to lunch with a friend, making sure that her pregnancy test was on full display.  She admitted that it was fun to manipulate the press and enjoyed pulling off a publicity stunt. Did you watch the last episode? If you missed it we have a full and detailed recap, right here for you.

On tonight’s episode, LeAnn and Eddie bring both of their parents to Hawaii; LeAnn reveals that she is off birth control.

RECAP: On this episode of LeAnn & Eddie both sides of their family are going on a trip to Hawaii with them. Eddies parents and LeAnn’s mom and stepdad decide to vacation together which is bound to be interesting. Eddie and LeAnn are used to getting whatever they want on vacation but not on this trip- starting with their bedroom view of the parking lot.

They are all laying on the beach when LeAnn’s mom points out that she has never drank, smoked or ran around on her husbands. LeAnn quips that she has her beat and mom agrees. They then make a joke out of how persuasive Eddie can be even if you’re married. The conversation quickly turns to the fact that they are kind of trying for a baby. Kind of trying means not preventing and it’s up for discussion at the dinner table.

Eddie and LeAnn expect to rest while on vacation while their parents are super active. They have them paddle boarding at 7 a.m. They then go to breakfast and once Eddie leaves the table LeAnn tells everyone that she’s late and feeling sick. She didn’t tell Eddie that she could be pregnant yet but the camera guy knows.

LeAnn and Eddie go horseback riding alone only to find a member of the paparazzi in the bushes shooting them. During this alone time LeAnn confesses to Eddie that she thinks that she could be pregnant. She also wonders how “crazy”, obviously Brandi Granville will react. While they are talking both of their mothers buy a pregnancy test for LeAnn to take the next morning.

Leave it to LeAnn to pee in a wine glass and then wait for the result with her family all around the table. She’s not pregnant and now Eddie and LeAnn talk about being relieved that it’s not yet baby time. What are your thoughts on LeAnn & Eddie after watching this series? Tell us in the comments below!