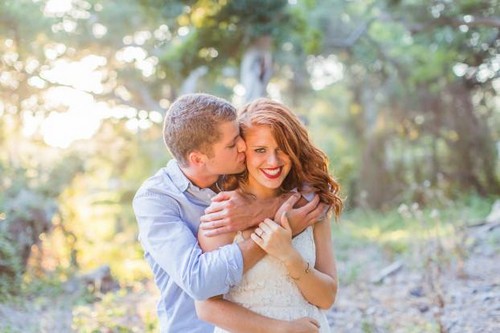 Tonight on TLC Little People, Big World continues with its season 11 premiere episode called “The Proposal.” On tonight’s episode it’s springtime and big changes are in bloom at Roloff farm. Matt and Amy keep a united front at Jeremy’s graduation.

For those of you who are not familiar with the show, when we last visited the Roloffs on their farm in Oregon, Matt and Amy announced their separation, leaving their kids – twins Jeremy and Zach, daughter Molly, and youngest son Jacob, wondering what was next for the family.

On tonight’s episode it’s springtime and big changes are in bloom at Roloff farm. Matt and Amy keep a united front at Jeremy’s graduation; Amy seeks out a business venture of her own; and Jeremy decides to take his relationship with Audrey to the next level.

Tonight’s episode is going to be filled with drama and you won’t want to miss it, so be sure to tune in for our live coverage of the show tonight at 9 PM EST! While you wait for our recap check out the sneak peek video of tonight’s season 11 premiere episode below.

RECAP: There is some awkwardness and some underlying tension at the Roloff farm. Matt and Amy are separated and though they’ve been trying to remain civil throughout this process for their children’s sake – it’s been mostly them at the house. One of their boys is away at school, their daughter is studying abroad, and the two kids they still have are pretty much off living their lives. So this leaves Matt and Amy in the house and because they can’t turn to each other for support due to the empty nest syndrome – they found other ways to busy themselves.

Amy has gone back to cooking which has always been a favorite pastime of hers. She’s recently started a pop-up restaurant venture. However she and Matt were forced into close proximity when they had to travel as family for their son’s graduation. Jeremy would naturally want both of his parents there.

And they did come through for him at the graduation. They arrived and it was almost like the old times’ sake. Minus his sister of course. But what matters is that the beaming parents were just so proud of their son graduating college – nothing else seemed to matter.

Though they didn’t know how much Jeremy really needed to see them as a one big family again. Jeremy had told his twin that he was going to propose to his girlfriend. And it was important to see his parents acting like everyone else’s family. It wouldn’t do for him to get cold feet after watching someone’s bitter separation. He had already personally designed his girlfriend ring so there aren’t any take backs at this point.

Jeremy plan was to graduate, then go help his mom at her pop-up, then right after that he was going to propose. That way his girlfriend, Audrey, would never have seen it coming. Though Jeremy might regret going to the pop-up in the end. His mother has never done one before nor has she ever worked in a restaurant. Plus Jeremy’s own dad isn’t really showing that much faith in this endeavor. He’s wondering how Amy is going to handle it all.

The answer to that is not well. Amy got super stress at running her own restaurant and because of the poor weather – customers kept coming in before she was prepared to handle them. As for the food, she kept dropping food and her children dropped food. So things like a nice small salad or someone’s actual meal ended up running late.

Later though she managed to find her own pace. And her customers appeared to be pleased with both the food and the services. And eventually came around to thinking that maybe Amy can handle this.

Hence they were equally in a good enough mood to hear Jeremy’s plans about the future. When he first came to them to talk – they thought he was moving out. But he told them that he was in fact about to propose. To Jeremy’s surprise the impending engagement was met with parental approval. His parents love Audrey and they were kind of “about timing” it all.

They married young and didn’t even second guess the idea of their son marrying young as well. Though Matt held off on giving marital advice. He jokily said he wasn’t in the position to be of any help in that area. So Jeremy had both his parents’ blessing and according to him the perfect ring. All he had to do now was propose.

But he didn’t want to propose like everyone else. Jeremy invented a plan involving the type-writer. For the longest time he and Audrey conducted their relationship over letters so the type-writer was a sweet reminder of how they first got together. Jeremy took her to a picturesque outing spot where they sat on a blanket and he then started to ask her questions by typing them up and letting her read it.

And she didn’t even hesitate when the proposal came her way – she simply said yes. Afterwards, Jeremy called his parents and told them the good news. While they were happy for him – there was part of them that was slightly apprehensive. Their son growing up fast and there’s still some issues for them to work through before they could help plan a wedding. Because they are working on their marriage!

So there’s hope for them getting back together!