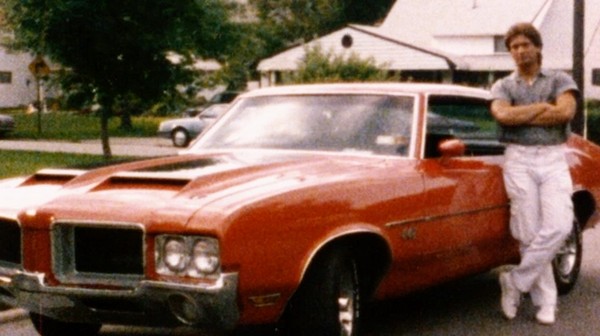 TLC’s reality show LONG ISLAND MEDIUM returns tonight with its fourth episode of season six. Tonight’s episode is called, “Put a Ring on It” and Larry Jr. is moving in with his girlfriend and Theresa insists they get engaged first.

On the last episode, Theresa nervously preps for her first colonoscopy. Will she go through with it or chicken out? Then, a man hopes to connect with his deceased wife. And later, Theresa helps a woman move forward after the lost of her mother in a tragic car accident. Did you watch the last episode? If you missed it we have a full and detailed recap, right here for you.

On tonight’s episode, Larry Jr. wants to move out of the house so he can live with his girlfriend, but Theresa thinks they should get engaged first. Later, siblings receive a powerful message during a group reading.

Tonight’s episode of Long Island Medium begins with Theresa at home with her son Larry. He tells her to sit down so that he can tell her something. He reveals that he and his girlfriend Leah are moving in together. Theresa is annoyed because they aren’t engaged, she thinks he needs to “put a ring on it” before they move in together. Larry explains that you don’t buy a car without test-driving it, and he and Leah are just trying to feels things out. Theresa doesn’t want to hear it though, she wants them to make a commitment to each other before they move in together.

Theresa heads to a group meeting, and automatically connects to Kristina and Anthony. Kristina and Anthony’s mother passed away after a long battle with breast cancer. According to Theresa their mother is sorry that they were burdened with their passing. And, Kristina is currently fighting with her Dad, but their mom says that their dad “did the best he could.” Theresa says their mom is saluting, and they are shocked because Anthony is in the army, and that means Theresa is the real deal. Kristina and Anthony are relieved, they feel like they have closure now and their Mom really is looking over them.

Next Theresa asks “Who JUST died?” Jacklyne and her mother Pilar raise their hand, because Pilar’s husband Chris just passed away. Theresa asks if he “died of a cold,” and they agree and confirm it was pneumonia. Theresa asks who is having twins, and Jacklyne breaks down in tears and says that she was pregnant with triplets but she miscarried two of them and now she is only pregnant with one of the babies. Theresa tells Jacklyne and Pilar that Chris wants them to know that he is on the other side and he is doing okay, his soul will always be with them though.

At home Theresa corners her husband and tells him to give Larry Jr. her engagement ring so that he will ask his girlfriend to marry him before they move out. Larry Sr. says there is no way their son is taking her engagement ring, he sold his 442 car to buy her that ring. Theresa’s husband tells her to “stop meddling.”

Next Theresa has an appointment with a woman named Robin, her husband passed away. Theresa asks if she called her husband “Big Jim” and Robin is shocked. Next she asks her if she just watched the Wizard of Oz, and Robin confirms that she did. Theresa says Big Jim felt like “the walls were closing in on him,” Robin confirms that he committed suicide and begins crying. Big Jim wants Robin to know that he was sick, and there was nothing she could have done. And, he is sorry for not seeking help for his depression. Theresa explains that Jim hadn’t planned to take his own life, it was spur of the moment, but he didn’t suffer. Big Jim wants everyone to remember him as the “life of the party.” Robin is grateful for Theresa, she feels relieved and believes now that she is going to see him again.

Later Theresa has a chat with Larry Jr. and tries to give hi her engagement ring, Larry tells her that he doesn’t want it. Theresa says that he can just borrow it until he gets Leah a ring himself. Theresa decides to come to grips that her children is growing up and she agrees to respect their decisions, but she tells Larry she’ll hold on to the ring until whenever he wants it.