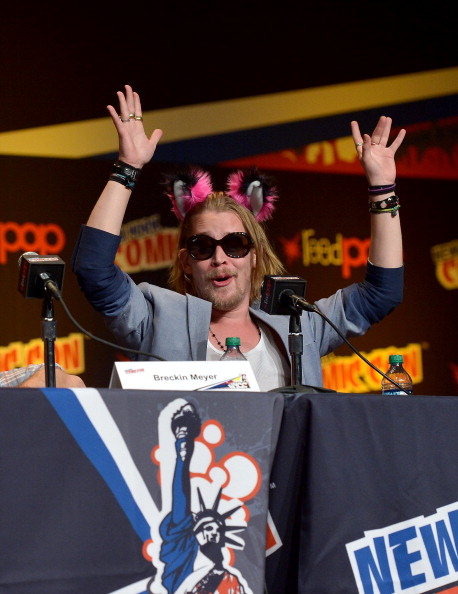 Can you blame Macaulay Culkin for refusing to reconcile with his parents after the way they took advantage of him? There’s a reason he got emancipated from them at such a young age, something that many, many child stars have experience with. It’s unfortunate really – it’s like the idea of fame and fortune makes many of these parents into vultures, and it’s just a really sad look into the psyche of the American dream.

A new report from the National Enquirer suggests that Macaulay’s father is dying, but Macaulay is still refusing to reconcile with him. Macaulay’s 69-year-old father, Kit Culkin, has reportedly been estranged from Macaulay for well over twenty years, but family insiders were reportedly hoping for the two to make up now that Kit is dying.

A family source explains that Kit recently had a massive stroke, and he’s already deteriorating rapidly. The source adds that the prognosis on Kit’s health isn’t very positive, and that he probably doesn’t have a lot of time left. What does this mean for Macaulay? Well, if he wants to make up with his dad, he better do it soon or he won’t get another chance.

The real debate lies in whether Macaulay even wants to see his father, and whether he has an obligation to. Some people will argue that he does, and that family’s family, no matter the circumstances. Others will argue that Macaulay and Kit have been through too much to ever patch up their differences, especially with Kit having spoken to the press earlier last year when Macaulay was rumored to be on drugs.

What do you guys think? Should the two let bygones be bygones? Let us know your thoughts in the comments below.