Malala Yousafzai On The Kidnapping Of Girls In Nigeria: They Are My Sisters, And I Must Speak Up 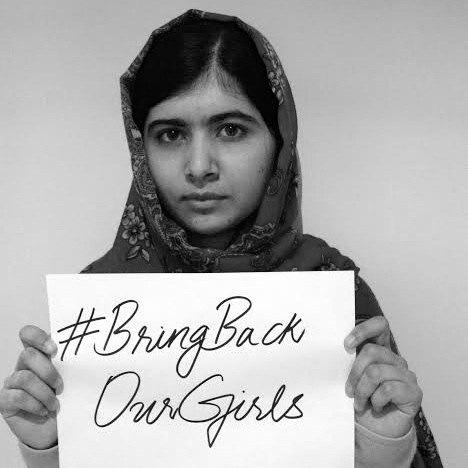 The kidnapping of nearly 300 Nigerian high school girls, taken by extremists, has left many people not only heartbroken but furious that things like this continue to happen in the world. Since the girls were taken, a social media campaign has launched, powered by #BringBackOurGirls, a hashtag that has been sent out more than a million times. Anyone can show their support for the campaign by employing the hashtag, and activist Malala Yousafzai hopes everyone will continue to do their part.

Recently, Malala launched a fund that will go towards helping Nigerian organizations with the goals of helping out young women seeking out education.

According to ABC News, “The Malala Fund will donate 100 percent of funds raised to local Nigerian nonprofit groups focused on education and advocacy for girls and women.”

Human Rights Watch adds, “The campaign has helped to galvanize action within the country and has raised tremendous international media attention. #BringBackOurGirls has fast became the symbol of the people’s anger and frustration for the perceived ineffectual handling of the situation by the government.”

While hashtags and social media posts cannot change or fix all the bad problems happening in the world, if enough voices go out towards a cause, there’s no telling how much change will follow. So spread the hashtag and please consider checking out the Malala Fund website.