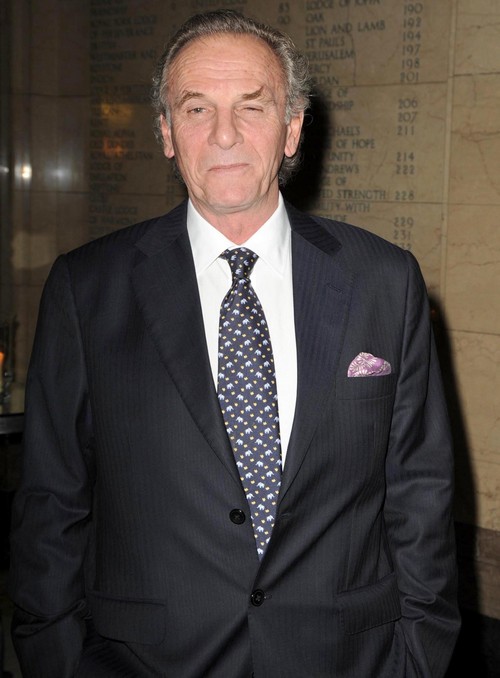 Camilla Parker-Bowles‘ brother, Mark Shand, has just died from a serious head injury resulting from a fall in New York City. Mark [who was 63 years old] was reportedly attending an event at Sotheby’s celebrating the Faberge Big Egg Hunt. It was during the afterparty at The Diamond Horseshoe [at the Paramount Hotel on W46th Street] that he fell by accident when leaving, and was rushed to the hospital following the injury.

A source tells Page Six that Mark had been drinking, adding, “He had his hands in his pockets when he left the bar and fell on the sidewalk, hitting his head.” Another source also adds, “He had been taking blood pressure medication and had experienced some dizzy spells.”

Clarence House already released a statement on behalf of Camilla and Prince Charles, saying, “It is with deep sadness that we have to confirm that The Duchess of Cornwall’s brother, Mark Shand, has today passed away in New York.  Mr. Shand died in hospital as a result of a serious head injury which he sustained during a fall last night. The Duchess, The Prince of Wales and all her family members are utterly devastated by this sudden and tragic loss.”

Mark was reportedly in very good spirits during the event and the afterparty, with witnesses adding that he stayed until the very end and seemed ‘on top of the world‘. It’s very tragic that his life ended due to such an unforeseeable event, especially considering that accidents like this are so common. Many people who drink while taking strong medication tend to suffer dizzy spells, and it looks like that might have been one of the reasons that he fell. Unfortunately, no one could have predicted that he would hit his head and suffer a fatal injury due to the fall.

Our thoughts go out to Camilla and Mark’s family, and let’s hope that they get some respite from the press over the next few days to grieve in private. Unfortunately, Camilla and Charles are set to embark on a high-profile tour to Canada over the next month, although this news means that Camilla might drop out.