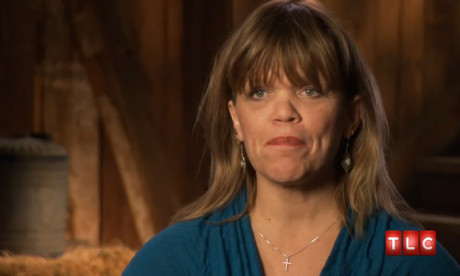 Matt Roloff and Amy Roloff of Little People, Big World fame have confirmed that they are living apart for the time being, primarily because they can’t stand one another! After 26 years of marriage, the couple announced that they’ll be separating. However, at the moment, divorce doesn’t seem to be in the cards. They just need a good ol’ break from living the hitched life. Currently, Matt is residing in the couple’s guest house on their Oregon farm while Amy lives in the property’s main home.

A source told TMZ that neither Amy or Matt are pursuing other romantic interests; this split was an amicable decision and their not sure how long it will last or if they’ll ever be able to live in the same space again.

The Roloffs have four children and their lives are widely documented on their popular TLC show Little People, Big World. Matt has a history of drinking problems (which landed him a DUI in 2007), but sources say that this is not the main reason for their trial separation.

The couple released this candid statement to the media: “Though we have weathered many storms together, we recently made the tough decision to engage in a trial separation.”

We hope that they can weather this storm, too! Good luck, Matt and Amy. We’d love to see you get back together. Check out the clip below to get a taste of this drama.