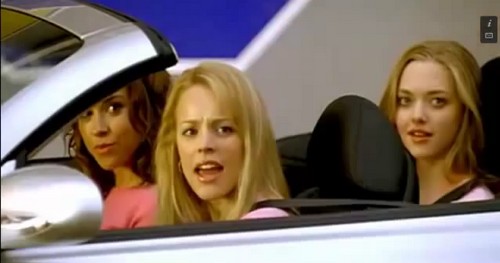 It’s finally happening. The entire cast of the classic tween movie Mean Girls is reuniting for the first time in a major way. Lindsay Lohan was on the Tonight Show with Jimmy Fallon where she mentioned that she ran into Tina Fey on the streets of New York and was asked if she would be interested in taking part in the reunion. Lindsay, of course, said yes because let’s be honest what else does she really have going on at the moment.

This reunion is to celebrate the 10th anniversary of the movie’s release where it became a smash hit for Tina Fey (who wrote the screenplay) and everyone else involved. TMZ has reported saying that a number of the major cast members are on board including Amy Poehler (Mrs. George), Johnathan Bennett (Aaron Samuels), Rajiv Surendra (math geek), and Daniel Franzese (Too Gay to Function). While this is certainly a pop culture moment to be remembered, I don’t think that it would be complete without Rachel McAdams (Regina George), Amanda Seyfried (Karen Smith), Lacey Shabert (Gretchen Weiners), and Lizzy Caplan (Janis Ian) because let’s be honest, these group of women really made the movie pop and reminded us all of how catty and totally amazing high school could be (all at the same time).

On an interesting side note, it’s pretty interesting to think about how many of these women went on to be huge stars after this movie. I mean Rachel McAdams became a huge star in 2004 after Mean Girls and The Notebook came out. And Amanda Seyfried has turned herself into quite the character actress after turns in Les Miserables and her take on famous porn star Linda Lovelace. Even Lizzy Caplan has turned her Mean Girl’s notoriety into television success on the Showtime series Masters of Sex. And we all know the career arcs of comic actresses Tina Fey and Amy Poehler who have smashed their Golden Globes hosting gigs the past two years.

Wait a minute, there was not one mention of Lindsay Lohan in the above paragraph….Who would’ve thought that she would become the actress with the least amount of credibility in that group. Oh Lindsay maybe this reunion will remind you that while your partying persona will get you a few club gigs, it definitely hasn’t helped you in the acting department where you are being left behind. Hopefully you will realize that in this industry you are only as big as your latest hit… your past success can only take you so far….