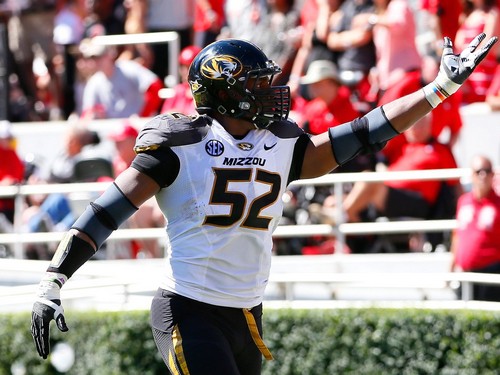 The sporting world was given a wake-up call when NFL prospect Michael Sam came out as gay recently – if he is drafted, he will be the first openly gay NFL player in history.

“I came to tell the world that I’m an openly, proud gay man.”

One sentence managed to break the barriers and stereotypes of professional football. It was like distant thunder on a late summer’s night. According to the Bleacher Report, this revelation could have a lasting, permanent effect on sport.

“An openly gay player in America’s most popular sport has the potential to change a great deal all across the sports world. Gay NFL players—as well as players in other sports—have come out after they retired but never during their career, or, as Sam is doing, as their NFL career is beginning. Sam’s declaration has the potential to open other fronts on this issue as well. It can make current closeted NFL athletes less fearful. It could provide support to younger athletes, in high school or younger, that they don’t have to deny their sexuality.”

Although several players supported Sam’s decision to come out, former Dallas Cowboy Patrick Crayton sent Twitter into a frenzy with this bigoted tweet:

NFL officials have denied “discrimination” in the NFL, stating “Sam would be the most protected player in NFL history. Imagine how humiliated the league would be if the first openly gay player to be in the NFL suffered from extreme bigotry?”

A countless number of popular entertainment and sporting figures have come out over the past couple of years. With homophobic Russia and its extremely expensive Olympic Games in the spotlight – even Google gave them the finger with a cool doodle – the world is quickly realizing that sexuality and its relevant stigmas need to be addressed and dealt with in a swift and succinct manner.

Luckily for Sam, the NFL’s code of conduct states, “There will be no discrimination in any form against any player by the NFL, the Management Council, any Club or by the NFLPA because of race, religion, national origin, sexual orientation, or activity or lack of activity on behalf of the NFLPA.”

Contrary to popular belief, a code of conduct and/or a policy doesn’t always stay true to its promise. “Unconditional acceptance” is a cliché as old as time itself. Several reports out there indicate that already Sam’s desirability as a draft pick has declined for several teams….