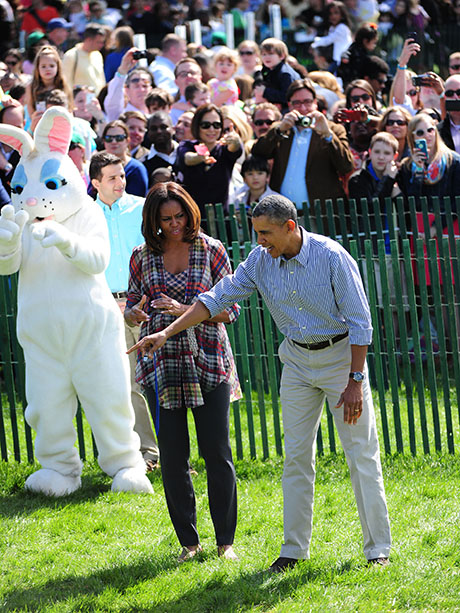 Forget about what she is wearing or how she chooses to parent, there is another thing that many American women have in common with Michelle Obama — no one wants their man anywhere near Kim Kardashian. The Ambassadors for Humanity recently celebrated its 20th anniversary event and Kim Kardashian was in attendance, as were the Obamas. According to the May 26th print edition of the National Enquirer, once Michelle realized that Kim was on the guest list she made sure that her access to the commander-in-chief was blocked.

Michelle was afraid that Kim would slink her way up alongside Barack Obama and take what would seem to be an innocent selfie. Of course, the photo would go viral and it would give the appearance that he is a fan, or at least supportive, of the Kardashians. And that’s certainly not the case; obviously, the POTUS has more important things to worry about, and Michelle didn’t want her husband being reduced to a joke.

As for Kim, well, she reportedly did have one of her clingers approach the secret service to see if meeting the president was a possibility. She and her friend were shot down instantly, but my guess is that Kim probably still thinks that the Obamas like her. She has also been shot down on multiple occasions by the royal family, but that doesn’t stop her from trying to get close!

Do you blame Michelle for blocking Kimmie and shooting down her only chance for a POTUS selfie? Tell us your thoughts in the comments below!