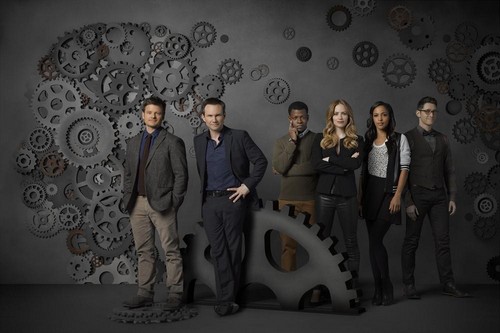 Tonight on ABC their new show MIND GAMES premiere with its Pilot Episode.  I am a huge Christian Slater fan and I have seen some clips for the how, I am predicting this will be a keeper.  The show is described as, “With a little bit of science, a dash of con-artistry, plus a smattering of Jedi mind tricks, brothers Clark (Steve Zahn) and Ross Edwards (Christian Slater) and can tailor a plan to influence any life-altering situation, thereby making their clients’ dreams come true and their nightmares go away. They are partners in Edwards and Associates, an unusual business based on the belief that people’s decisions are influenced by their environment in ways they’re not aware. “

On tonight’s pilot episode Clark, an expert in human behavior, and his brother Ross, a former con-artist recently out of prison, open a unique agency where they use psychological manipulation to help solve their client’s problems. In their first case, they attempt to help a mother whose young son is suffering from a heart condition by convincing the health insurance company’s head of claims to approve a previously denied experimental treatment.

Tonight’s Season 1 premiere of Mind Games looks like it is going to be great and you won’t want to miss it, so be sure to tune in for our live coverage of Mind Games at 10:00 PM EST! While you wait for our recap hit the comments and let us know how excited you are about the new season of Mind Games?

RECAP: Ross comes in yelling at Clark to hurry up to see an investor; Ross question if Clark was talking to Beth on the phone. Clark says he was and tells Ross it’s time they shake the money tree; the two are now seeing this investor about their ideas. Clark talks about how they are not hiding anything and tells the investor everything they did wrong in their life; he then talks about how they could stack the odds in someones favor to always make them come out on top. The guy asks if they are giving him an alternate choice to life and says he wants two; Clark says that he can easily win back a share that he lost last year. Clark says he doesn’t even have to see his argument or hear it to know he would lose; Clark says that the man is containing his power and tries to pull of his shoe knocking over his vase.The guy says that they have to stop with the way they act to get their business going anywhere because he doesn’t want to have to call a cleaning crew with every visit. Clark and Ross are in the elevator; Clark refuses to take drugs, Ross says that they have to stop this stuff and try to quit being so forward. A first client comes in and was once his student; Ross and Clark tell the two their biggest mistakes. They want the clients to know that they made mistakes, Tyler the client has a heart condition who needs his heart valves to keep him alive; they can’t have the issurance to pay off the permanent surgery with stem cells. Clark says they make people say yes to things they once they said no too; the two decide to talk it over. Ross says they shouldn’t do it since they have no money, Clark says that they should take it even though they are bankrupt; Latrell agrees and says they could use it to prove their business works. In comes in Ross’s ex-wfie and he isn’t happy, Clark says that she makes him feel more comfortable and helps him keep calm. Clark says that Beth was the one and can’t get over letting her go; Ross says he has to to stop it and move on.

Clark says that Claire helps him forget Beth, Ross says that it is impossible to work with his ex-wife; Clark says that Ross made him do this and if he wants him to stay then Claire has to be there. Clark decides to show Claire to the team.

Clark says they only have 4 four hours to figure out what to do and he thinks that they should not focus on helping their client but to have the doctor to believe he is the type of person who would do kind gestures for anyone; Clark says that they need to guide his reaction to the adrenaline rush to become a part of him. Clark finds out that their guy takes the bus to work and will get Latrell to kind of be aggressive with the guy Charles Murry while Megan redefines his character. Latrell isn’t sure he can do it and Megan motivates him to go ahead with the plan; Latrell is approaching Charles and is questioning it still but Clark yells at him he can do it. Latrell walks up to the bus stop and freezes up; Clark is yelling at him to do something already.Clarke freaks out and starts breaking bread and kicking a chair as he screams at Latrell to go; Latrell starts yelling at Megan to get off his bench and starts telling people to shut up and get off of the bench as well. Charles starts getting angry and yelling back at Latrell; Charles swings his briefcase at Latrel. Latrel walks off and now Megan is sitting beside Charles thanking him helping her; Megan says it was nice to do something out of his way to be a good person. Megan gives Charles a number to remind him of her; to make him believe that he is the kind of person who says yes to people in need.Megan gets back into the truck with the others and Clark says there is a 40% chance it will work.

The team is now waiting for a call, Clark is surprised that it’s taking so long and is getting stressed over it all; the client answers her phone and is told that the surgery is going to happen and thanks Clark. Their first job was a success, Ross that they will make millions after what they do is exploited; Latrell says he wants to help people like they did for the kid and his surgery. Clark blanks out at a couple singing; he gets up and says he walking back home. Claire goes after Clark; Clark has run away and is now screaming at Beth’s apartment wanting to talk to her saying he loves her. A person from the apartment says she moved away and Clark starts screaming no and smashes a window; Ross went ahead and got Clark from the police department. They get back to the office, the surgery was denied because Charles agreed to it but seven higher ups said no. Clark is getting upset and doesn’t think he isn’t fine; Ross tells Clark to get over Beth and move on. Ross says he wants to help Clark and did it for him when their dad died; Clark leaves incredibly upset thinking he can’t do this.

Ross is sitting at the office alone and Miles is leaving with a cardboard box thinking they are done; Ross says they are not done. Ross wants to hold a press conference and wants to thank the people for accepting the surgery and it’s to generate a bunch of press to make a lot of positive exploitment to have the people who said no feel like they have to say yes not to ruin it all. Claire comes to the event and wonders what the hell he is doing; Ross says that right now this is the best he can and it’s to get Clark back. He needs Clark to help him get better, they have the kid Tyler at the event saying thank you for the surgery; crying at the same time.

Ross has show the people doing the surgery that the press has made it so much more positive for the outlook on their company; they are only against Ross and don’t want him. Clark comes in and says that the company will only get screwed and deal with a bunch of crap; the guy falls for it and then the guy agrees to the publicity and takes the business in doing the surgery. Claire tells Ross to stop doing things in an illegal matter; Ross walks off and Clark follows. Ross tells Clark that he is doing everything for him and doesn’t want Clark to ever walk out on him; Ross hugs his brother Clark and then decides he’s going to find the money to keep everything going. Beth has come over to see Ross and tells him she doesn’t want to go on with the act anymore; Beth doesn’t want to let him go and hands the money back to Ross. Beth says she wont tell Clark about their deal; Ross tells her that she is not his brother. Clark is with Claire and Beth comes in all of a sudden; Clark gives her a big hug and the two kiss. Claire says she has a bad feeling about them, Ross says he has no idea why; Claire says she is glad they got all the ugly stuff out the way early.