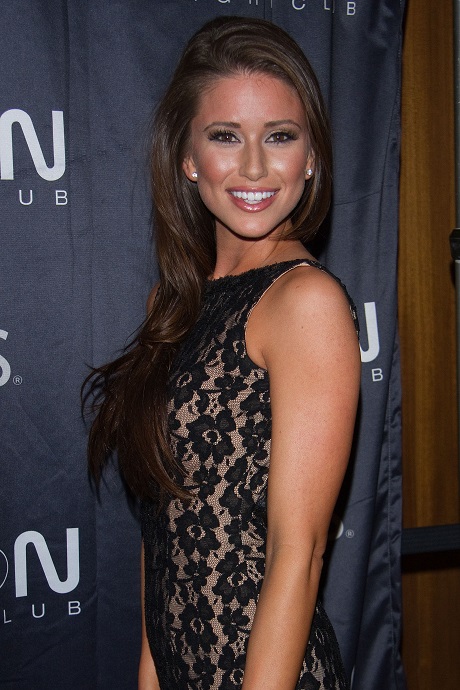 Nia Sanchez may be getting positive reactions to her Miss USA win, especially in regards to her body image, but she may have cheated on her way to get there. According to several allegations, Nia may have faked her Nevada residency in order to compete in the Nevada competitions, because they are considered easier than the California ones.

The reports allege that Nia is actually a California resident, but she didn’t feel like she could win if she entered from California, where the contests are significantly more competitive than most of the other states in the country. Fox News also reported that Nia was still working for Disney in California, but she created a paper trail to make it look like she was a resident of Nevada. I mean, the girl listed Las Vegas as her hometown, even though she wasn’t even born in the state!

Nia’s already hit back against the claims, stating that the Nevada competitions this year were just as difficult to win as the California ones [easy for the winner to say]. She also says that she followed the rules to enter the pageant, living on Las Vegas for at least 18 months before entering the competition.

It’s difficult to say whether she outright broke any rules, but it’s pretty obvious that she at least bent them. Working full-time in another state for most of the year is definitely a big no-no when it comes to residency, but it looks like Nia may have found some loopholes that allowed her to do that. However, the backlash against Nia has now spread beyond her legal claims to the Miss USA title.

Nia’s comments on battling sexual abuse on college campuses [asked during the Miss USA competition] have received a lot of criticism, mainly because Nia said that the solution was women learning how to protect themselves. Victim blaming much? Of course, many people reacted in outrage, calling Nia out for her comments. She tried to issue an apology, saying that in no way was she saying that the burden lay on the women to protect themselves. Unfortunately, it’s too little, too late – especially with allegations of her cheating going viral.