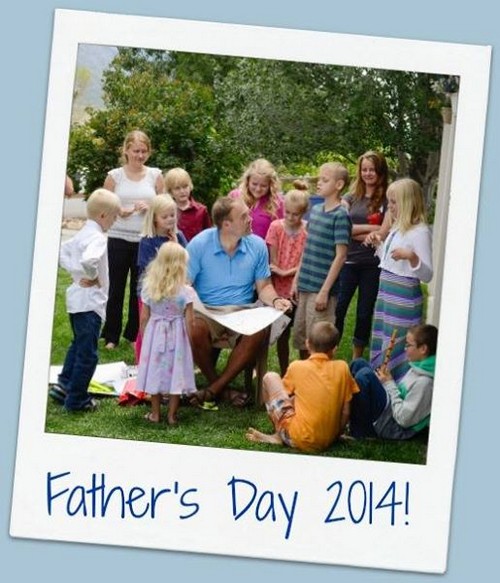 Tonight on TLC My Five Wives starring Brady Williams and his larger-than-average family returns with an all new Sunday November 2, season 2 episode 3 called “An Extended Family RSVP.” On tonight’s show it’s the 4th of July, and the sister wives hope their extended families will accept the invitation to celebrate with them.

On the last episode, Karlie returned to Utah with a big surprise for her mother, Paulie, and the rest of the family. Meanwhile, Brady upset everyone’s routines with a shocking proposal.

On tonight’s episode, it’s the 4th of July, and the sister wives hope their extended families will accept the invitation to celebrate with them. Robyn’s daring double date is not what she hoped for. Rhonda makes a big life decision when her youngest faces a major health scare.

We will be covering My Five Wives premiere tonight at 9 PM EST so don’t forget to come back to this site for our full and detailed recap. Make sure to refresh often to get the most recent details. While you wait for the recap, let us know how excited you are about seeing the Williams again, a progressive polygamist family.

Tonight’s episode of My Five Wives begins with Brady receiving good news at work, his company landed a big contract with an apartment complex and will be bringing in a lot more money.  He is excited because that means that his wives won’t have to work at their jobs anymore, and could be stay at home moms if they want to be.  Brady heads to the weekly meeting with his five wives and shares the exciting news.

Next Brady brings up the “double date” which actually isn’t a double date with another couple.  It’s when Brady takes two of his wives out on a date at the same time.  They joke that they should rename it the “threesome date.”  At the meeting Robyn announces that she wants to have people over for the 4th of July.  She misses having a social life and seeing her friends and family.  The only problem is, they are being shunned by the group since they left, and probably no one will show up.  After the meeting Brady’s wives all get on their phones and invite their friends and family to their house for July 4th – almost everyone they call come up with an excuse about why they can’t make it.

The next day Rhonda stays home with her toddler son Nikolas, she is scared his fever is up to 102 degrees, and she has a hunch he has juvenile diabetes.  She has to go to work, so Brady agrees to take Nik to the doctor’s office.  However, he has some serious issues getting Nik’s car seat in to his truck.
Nonie, Robyn, and Paulie head to the grocery store to stock up for supplies for their 4th of July.  But, they still have no idea if anyone is coming to their house for the holiday.  They aren’t upset about spending $400 on snacks, because if no one shows up the food will definitely not go to waste.  Later, Rhonda and Brady receive a phone call from Nik’s doctor and he says that Nik is perfectly fine, and he doesn’t have diabetes.

they decide that Robyn and Nonie will be going horseback-riding with Brady.  Nonie and Robyn go find Brady and tell him that they are going horseback-riding.  Nonie is trying to get pregnant again, so Brady says that they shouldn’t go horseback-riding in case she is pregnant.  So, he decides they will go zip-lining instead, because that is so much safer.
The next day Rhonda meets up with Brady on one of her breaks, and reveals that she has decided to quit her job.  Now that Nik has gotten sick, she realizes how much she is missing by spending the day working instead of home with her children.  Brady is thrilled, he wants all of his wives to stay at home with hteir kids.

Nonie and Robyn head on their double-date with Brady and get strapped in to their zip-lining harnesses.  Robyn is getting upset because she is deathly afraid of heights, the instructor reminds her that she can’t forget to break at the end because there is a huge tree.  Robyn starts crying – Brady gives her a pep talk and tells her that she’ll be fine, she finally jumps off the platform and heads down the course, followed by Nonie and Brady.  Afterwards they have a picnic together, and Brady asks them to reach out to Rosemary because her family is not supportive of her and keeps asking her to repent and return to the group.

They head home, and the next day is 4th of July.  The wives set everything up, and then sit around the house waiting to see if any of the people they invited bother to show up.  Robyn is ecstatic to see her mom and her sisters and their husband and all of their kids.  Paulie’s sister arrives with her kids as well, but Rosemary is devastated because no one from her family showed up.

Brady gets on the grill and starts preparing the food and the kids line up to make their plates.  After eating they head to the back yard for some games and activities.  Later that night they all gather in the yard with their sisters, brothers, and cousins to watch a fire work show.