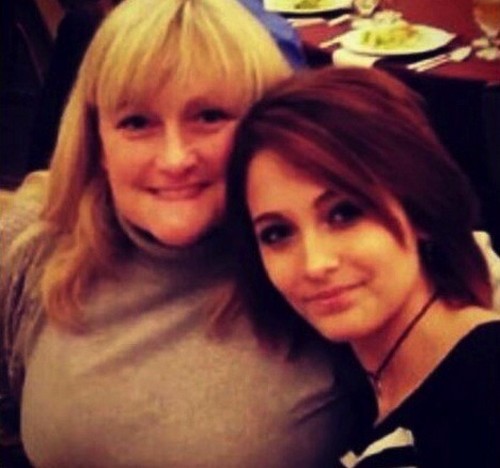 Paris Jackson has already lost one parent and she isn’t looking to bury another any time soon and so the fact that her mother, Debbie Rowe is currently tipping the scales at about 300 pounds is of serious concern. Debbie has apparently doubled her weight since divorcing Michael Jackson and in spite of living on a horse ranch she is pretty sedentary. According to the July 14th print edition of The National Enquirer Paris is planning on helping her mother to change her lifestyle.

Sources say that the teen will likely be spending most of the summer at Debbie’s home outside of L.A. And she is devising a plan to get her mom up and moving. She also has picked out a particular diet and has been researching healthy recipes to make for Debbie. It sounds like it’s going to be an uphill battle though because Debbie is a huge fan of heaping plates filled with comfort food and she loathes any type of work out.

It makes sense that Paris is concerned about Debbie. She has had a really rough time dealing with the loss of her father and still struggles even five years after the fact. Of course she is ready to jump through hoops to make sure that her mother stays around for a longtime. Do you think that Debbie will do what is necessary to lose some of the weight.  Apparently Paris is trying to use Debbie’s upcoming wedding as motivation to whip herself back into great shape. Do you think that it’ll work? Tell us your thoughts in the comments below!