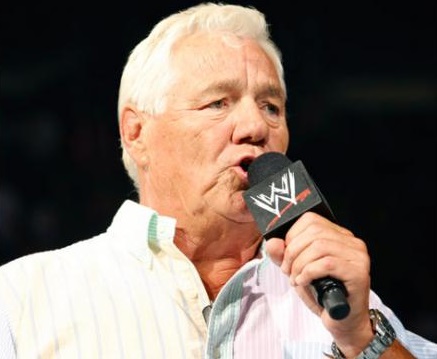 Pat Patterson, who is a big deal in the WWE world (and has been for a long time), recently announced that he’s gay and has been living in secret for the past 50 years or so. He said that he was finally ready to come out as a gay man. The 73-year-old legend revealed the news on  the finale of WWE Network’s Legends’ House. He said, “For once in my life I’m going to be me now.”

He was accepted rather well by his colleagues and fellow wrestling legends, who were noted with saying, “We love you Pat … we always love you.”

Sounds like he made the right decision and that it couldn’t have gone any better! According to TMZ, “Patterson — who’s a WWE exec — explained that he’s been keeping the secret out of the public eye for 5 decades … and had a partner for roughly 40 years, but he passed away after suffering a heart attack. Patterson has been Vince McMahon’s right hand man for decades … he also was the company’s first Intercontinental champion and helped create the “Royal Rumble.”

What do you think about this news? Check out the emotional video below and let us know your reactions in the comments section below!