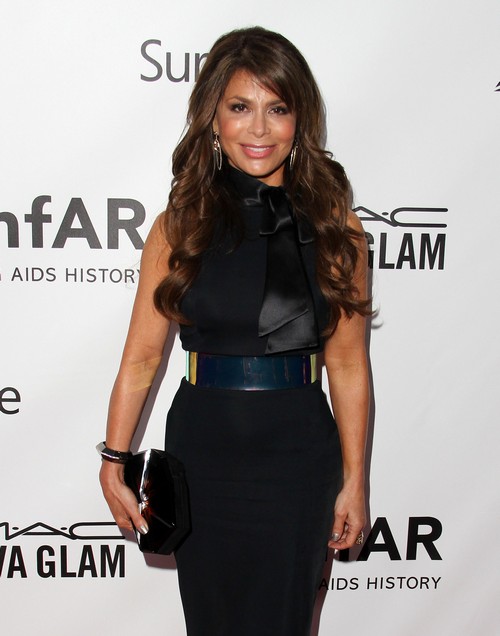 Is Paula Abdul really blaming a weight loss program for her getting axed from The X Factor? If she’s to be believed then yes. The whole story came about because for some unknown reason Paul Abdul thought she needed to lose weight. Seeing as she’s a petite woman that supposedly still an avid dancer there is no telling why she would even think this, but I digress. Paula went to UVASUN West back in January of 2012. UVASUN specializes in a SlimStar infrared body treatment. According to Radar, “The weight loss body wrap claims individuals can burn up to a whopping 1200 calories in a 50 minute session.”

Sounds a bit hard to buy and yet Paula trusted this wrap to help keep her near anorexic skinny for her TV appearances. What it allegedly ended up doing was causing massive burns all over her body with the most significant burns being on her inner thigh. No telling on how far up the inner thigh though. After hearing the situation, some at this point can be a bit skeptical. Especially when they  on how something like that could happen. Wouldn’t she have felt too much intensive heat and called a stop? That is what others would have done so it is only logical.

Well, whatever the case Paula is now suing UVASUN. “Abdul claims because of the negligence and carelessness, she has lost work and required extensive follow-up care from doctors and surgeons.” Paula got the treatment on the 12th and by the 31st she announced she wouldn’t be coming for the next season of X Factor. Admittedly her next job afterwards was a good nine months later, but Paula was able to return to work. She got guest gigs before landing another judge position on So You Think You Can Dance Australia. So no; she did not lose work and let’s be fair to Simon. He’s a cutthroat and  would have fired her anyways because of ratings. As for her doctor’s care, can someone get Paula to explain why she would take a job overseas and away from said doctors?

Paula might have a case, but she shouldn’t add on inconsequential things to a lawsuit. She hasn’t lost work ( you have to be in heavy demand in order to miss out) and it should be further explained  and/or investigated how she was able to get that badly burned? Was partially her fault?