Porsha Williams of RHOA Falls in Love with Teodoro Nguema Obiang Mangue – the Son of a Cruel Dictator! 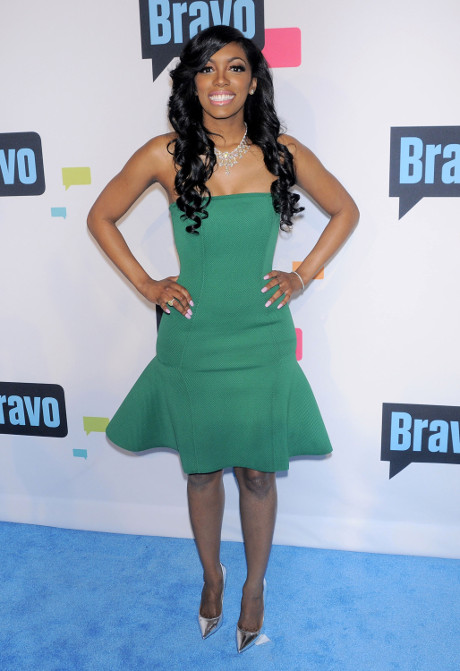 No one was surprised that Porsha Williams (formerly Porsha Stewart) turned out to be an airhead. However, no one expected her to be so unabashedly shallow that she’d accept courtship and expensive gifts from the son of an African dictator who is known for his many violations against humanity. 45 year-old Teodoro Nguema Obiang Mangue is the son of Teodoro Obiang Nguema Mbasogo, President of Equatorial Guinea, a man whose atrocities run the gamut from assassinating political opponents to exploiting in the riches of his country while his people live in bitter poverty.

Porsha, doesn’t seem to care about any of this. Apparently her soul is for sale. Not only is she accepting these gifts, but she’s posting them on Instagram proudly . . . . because you know blood money is all he rage these days.

I am so disappointed in the granddaughter of a pioneer of the civil rights movement. You would think with that family tapestry she’d at least try and pretend to have some scruples. But, alas, what can we expect from a superficial woman who flat-out admitted she married a man she suspected of being gay for his money.

Even if Porsha didn’t know about the background of her new beau, I still blame her for being so misinformed. Even Brandi Gladville knows how to Google the many guys she dates. I generally don’t mind it when people are stupid, it is after all our human default setting, but I do find it offensive when people refuse to learn. Porsha is one of these people.

I’m sure by now someone has informed her about the background of her new sponsor, but she doesn’t care. She is more concerned with posting pictures of her Loubitins. Andy Cohen needs to find some likable and morally responsible cast mates for his franchise in a hurry. These women represent the worst of society and with all the indictments, vindictive divorcees, and now dictator prostitution. This franchise is going down the drain in a hurry.