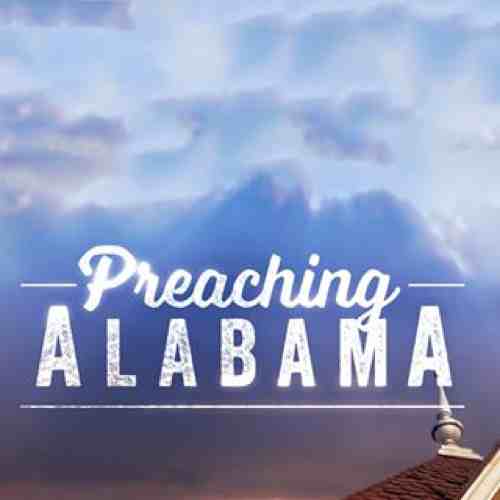 Tonight on TLC Preaching Alabama premieres with an all new Tuesday October 7, season 1 premiere episode called, “Meet the Speegles.” On tonight’s episode a rowdy family of preachers on a mission to take on the impossible – open a brand new church in the Bible belt of Alabama.

For those of you who aren’t familiar with the show, Preach. Pray. Love for all. That’s what the Speegle family advocates in their new TLC series starting this October. A family of unconventional preachers, the Speegles are leaving their life in Florida behind to open a brand new church in their hometown of Madison, Alabama, with a very ambitious goal in mind: spread love and acceptance no matter your background. Welcoming any and all members of society – even those that many churches have traditionally turned away – this family is determined to create an open-hearted non-denominational Christian church in the thick of the Bible Belt.

On tonight’s episode a rowdy family of preachers on a mission to take on the impossible – open a brand new church in the Bible belt of Alabama. With acceptance as their motto, this family welcomes everyone, and is praying that Alabama welcomes them too.

The Speegles’ family business is preaching. They want to open a church in the Bible Belt. They were successful back in Florida, with a “huge congregation.” However, they got a “strong calling from God” and are now in Madison, Alabama to start their new church “from scratch.”

‘We have an usual message: no matter who you are or where you come from, we welcome you. And we’re hoping Alabama welcomes us.’

Allen explains that the family is “all about accepting people who have problems” and their goal is being able to pass on the church when they decide to move on. However, the kids wanted to start up their own church.
Jill, the oldest daughter, explains that taking over the old church “just felt wrong.”

The Speegles visit the church for the first time and are ecstatic. “I think the main reason we needed our church is because … if we had stayed in that church, it always would have been Allen Speegle’s church.” People would have expected the church to continue to be run the way their father had, and they need to do things their own way.

The family is immediately worried about getting people into the church because they are going to need enough offerings to pay rent.

A group of volunteers is here to help them with the church. They need to ‘move in and prep the building, train volunteers and get out into the community,’ says the wife, Janice.

With twelve days to the grand opening, the family goes out to try and promote the church. The challenge will be to show that their church is somehow different.  They give away packets with quarters to people in a local laundromat in order to advertise their church.

The next day, they make renovations to the church, taking a wall down. Allen is worried about the cost, and irritated Rod, his son, doesn’t even know how much it’s going to cost.

Abi, Jill’s daughter, is homesick because she misses her friends down in Florida.

At dinner, they discuss the church. Everything is progressing well except for the money situation. They have a car wash fundraiser coming up to make money and get their name out in the community.

Jill and her husband discuss what the church’s message is going to be. They look at Allen’s old sermon notes. One of the notes says the most defining moment is when you find out God loves you. “This is who we are. This is what taught us who we are,” she says.

Jill talks about how their church will face challenges in the Bible Belt because of people’s views on women (they allow women to preach), gay people, people with addictions and others.

Abi breaks down crying over her homesickness and Jill counsels her. She apologizes that Abi is having a hard time and tells her that it will be hard. “I’ve never been so unsure of something in my life as I was just then,” Jill says.

Jill, Lori and Janice go to the nail salon for pampering and relaxation. They talk about how the church still hasn’t caught up with developments in women’s rights and Janice says she still has people walking out of the church when they realize it’s a woman preaching and not her husband.

The day of the car wash comes. Their “secret weapon” to get more poeple to come to the car wash is Janice in a chicken suit dancing and waving at people from the side of the road. Despite her efforts, only one person comes through. “I’ve done over twenty years of car washes, and this is the biggest fiasco I’ve ever seen,” Rod says.

“If we don’t have people in chairs, we don’t have money that will support this ministry,” Jill says. “What if we open our doors on Sunday and no one’s there?”

One day before the grand opening, the preparation is not nearly done. Fights start to break out because of the stress, causing Allen to gather everyone together and talk to them. Jill starts complaining about the fluorescent lights, stressing the “feeling” of the church. However, there’s no way they will get the chandelier she wants in time, according to Lori and Allen. Allen says everyone needs to get rest and be ready for the day ahead instead of dwelling on the negative, which Jill agrees with.

Jill tells Allen later that she doesn’t feel confident in her abilities now that she is the leader and not just his helper, but Allen tells her she can do it. He’s proud of her that she’s now assuming a position she previously might have run away from.

The day of the grand opening comes, and everyone is hoping people will show up. They all get together and pray. Luckily, a large number of people come and the service is successful.