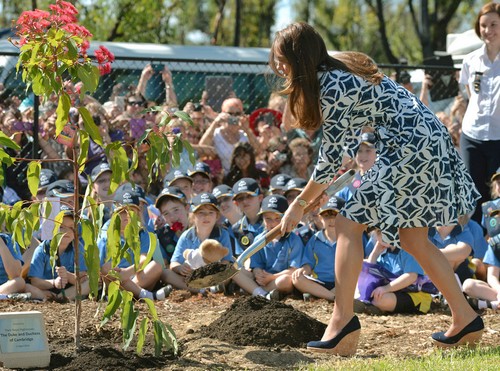 Here we go again, Kate Middleton finds herself in yet another naked photo situation and of course Prince William is very obviously defending his wife, at least in public. Her privacy was invaded and paparazzi should not be allowed to auction off moments like this to the highest bidder. There should be more common decency and a bit or respect. We have heard it all at least twice before and at this point even William is realizing that half of the problem lies with his rebellious wife.

Sure Kate is dressed like a class act, carries herself with near perfect manners and seems to have a perfectly happy baby but she was once a bit of a wild child and that inkling hasn’t totally died. Kate has just learned to hide it better. As for the latest photo, it was totally preventable and no one knows that better than William. After the last photo leaked out and he defended his mortified wife the solution was simple, keep your clothes on in public. No changing outside, no topless sunbathing and for god’s sake put something under your skirt to cover your assets.

Obviously Kate wasn’t too embarrassed the last time around because she invited in another photo op. The thing is she may have just put William’s place in history at risk. Queen Eliabeth was favoring William and Kate for the throne but now that could be in jeopardy. The only think worse than having a drunken queen by the name of Camilla up next might be instead allowing a nudist like Kate to take the throne! So William’s problem may easily be running a whole lot deeper than his wife’s exploits. Do you think that Kate’s behavior could cost William the throne? Should it? Tell us your thoughts in the comments below! Click Here For Photo.