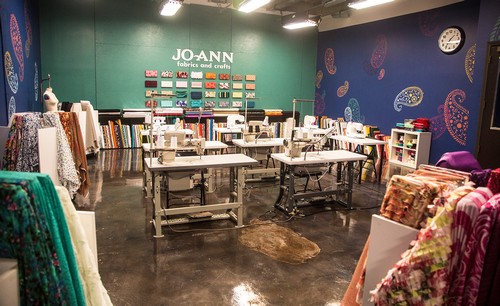 For those of you unfamiliar with the show, it is about skilled teen and tween fashion designers who showcase their gift for style.

On the last episode, Kelly Osbourne and Jaime King joined Project Runway: Threads for a sneak peak into the future of fashion. Three teen fashion prodigies were challenged to create a red carpet look, but much to their surprise that was not all!

On tonight’s episode three teen fashion designers must create designs worthy of runways around the world in just one day.

Tonight’s episode is going to be another drama packed one, which you won’t want to miss. So be sure to tune in for our live coverage of Lifetime′s Project Runway: Threads season 1 episode 2 at 10PM EST! While you wait for our recap, hit the comments and let us know how excited you are about this new episode of Project Runway: Threads tonight.

For the “show us your style” look, Aliyah, 14, creates a red carpet look, a golden gown covered in flowers with an ‘A’ charm down the back.

Grayson, 14, shows a simple green dress for looking and feeling nice for everyday. The judges think his look showed well who he is as a designer but it should be amped up just a little bit.

Grace, 15, has a retro and girly sense of style, showing a retro green dress.

Next, the contestants have a challenge where they pick a city to inspire .

Grace decides to use black for her look to make it more sophisticated as the judges suggested.

Aliyah is going to do a skintight pencil skirt with possibly a crop top and something like a beret to finish it off. She wants to make something more wearable as the judges suggested.

Grayson is going to make a simple top, skirt and a blouse-y jacket after his grandma tells him the current looks in Tokyo aren’t very fussy and involve layered wraps.

The contestants have a surprise challenge in the form of videos inside of suitcases. Inside of each suitcase, their friends tell the contestants they each have to make a second outfit using their respective hometowns as inspiration. They are each provided with a plain white dress in order to make their looks. Both of the looks will be judged, but they don’t have to be cohesive. They only have a few hours left.

Aliyah is making a club outfit with a trendy skirt and crop top inspired by LA.
Grayson, who is from NOLA, is making a bold look with mardi gras colors. He dyes his dress yellow.
Grace is making a botanical dress based on her California hometown.

The next challenge, called “be the boss,” tests the contestants’ ability to manage from afar. Each is given a walkie-talkie and told to leave the building. They will give their assistants instructions from outside.

They are allowed back inside with an hour left to finish their looks.

Aliyah messes up her shirt by accidentally cutting it and has to redo it.

The judges offer constructive criticism of each of the contestant’s looks.

They praise Grace for going outside of her comfort zone with her New York dress. Her other dress is praised for being the kind of thing the Seventeen magazine audience would like to see.

Grayson is also praised for going outside of his comfort zone, being simple while being different. His second look is criticized for a giant purple bow on the back of it.

Aliyah is praised for her business savvy and unique style. Her Paris look, which is all white and red, is critiqued for being too matchy-matchy.

Grace is the winner of the challenge, receiving $25,000 and a fashion spread in Seventeen magazine.