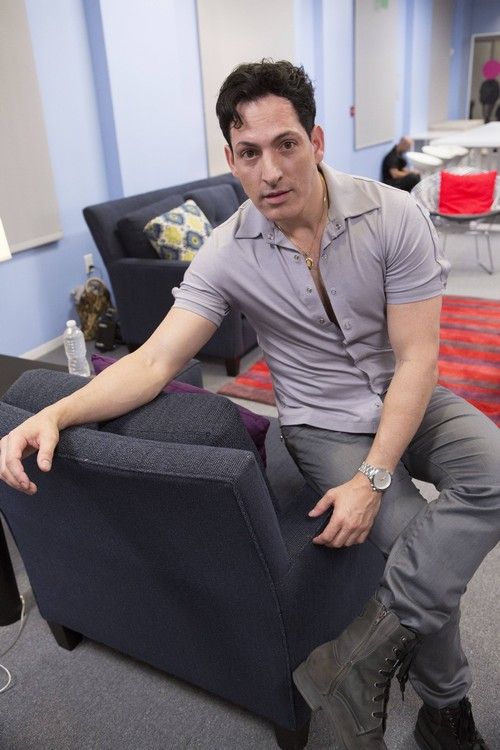 If you are a fan of Project Runway: Under the Gunn, you are already very familiar with the name Oscar Garcia-Lopez. Oscar was named the very first winner of the popular show that follows designers as they are given various design challenges to overcome in a very short period of time. The first season of the widely popular show starring Tim Gunn saw its finale at a venue in Los Angeles that aired on Thursday night.

Throughout the show’s first season, Oscar was given praise by the panel of judges including designer Rachel Roy, celebrity stylist Jen Rade, and Marie Claire magazines senior fashion editor Zanna Roberts Rassi. His designs were always acknowledged as high end couture. And for good reason. Oscar had the ability to put together some of the most elaborate designs, while meeting the requirements of the challenge, and still bringing forth a piece or collection that was not only unique and bold, but also very well-constructed. You might think that someone so talented must have attended the best design school or had the very best of training. Surprisingly, Oscar was responsible for his own training and his school was the world around him. Yes, the self-trained designer taught himself everything he knows that brought him to this competition, and we were fortunate enough to learn all of this firsthand when we spoke to him exclusively about his exciting win.

Oscar shared his story about finally leaving Cuba after two failed attempts, and finding a career in singing in Mexico. Oscar was always drawn to the arts. While he did well as a singer, his true passion was always design. As a boy, rather than play outside with friends he’d go watch seamstresses work. He would ask questions and watch them very carefully as they worked. He would take clothing apart and analyze everything about it. He always paid close attention to the construction, the stitching, and how the fabric moved and fell when on a body. After sharing my amazement that he never received formal instruction because of how well designed his pieces are, Oscar shared his explanation, “Each person in life is born with a gift. It cannot be explained. Like love – it cannot be explained. This is the passion I feel inside.” Oscar shared one of his favorite quotes with us from the movie Valentino: The Last Emperor, “You have to be born with haute couture, because you can’t learn it at fashion school.” Oscar is surely a testament to that!

Perhaps his innate sense of couture is what helped look so at ease throughout every competition. After asking Oscar how he was able to remain so calm as designers often scrambled for time on the show, he shared that it was simply because he was so focused. “I was so focused in the competition. Time was the worst judge. Every second, every designer was working trying to make everything work.” He continues, “I also always had a target. From that, you make a path. It is difficult though because there are so many aspects. I always kept my point of you. You have to remember that not everyone will like you, but you have to maintain your identity as a designer.” Despite the pressure of critiques and little time, Oscar shares, “I have never had so much fun as I did on the show.” He certainly did always seem to smile and have a positive attitude. Everyone liked and respected Oscar and he made many friends throughout the show. One friend in particular whom he has so much respect for was Shan. Oscar shares that if he had the chance to work with one of the designers from the show it would be Shan Oliver. “Shan is so talented. He has such a human quality – he is incredible.” He also shared that he wouldn’t mind working with Michelle Überreste. He made note of how much he liked her futuristic concept in her designs.

Beyond his fellow designers, and competition, he made another important friend who he has the utmost respect for, Nick Verreos, who was Oscar’s mentor on the show. When asked how he feels Nick’s mentoring helped him win the competition, he shared, “Nick is the nicest person I’ve ever met—What a guy! He is a quality person who helped me because he has already passed me in his career. He knows so much and helped me by controlling my “artistic demon.” That is how I describe myself when I have so many ideas, but I have to keep them under control because it depends on what we are to create. Sometimes you have to create a garment, something functional. Nick helped me with balancing so many ideas and to better manage myself.”  Nick is likely pretty please with Oscar as well. In addition to the credibility earned from being the mentor of the winning designer, Nick won a matching car to Oscar’s gifted Lexus CT 200h. And while Oscar earned a spread in Marie Claire magazine (which he PROMISED to share with us when he has more details), Nick won the same opportunity as well as a spot as a guest editor for one year. While they had many matching prizes, Oscar is the sole recipient of a trip to Paris which he tells us he is over the moon about. “I cannot believe it. It is a dream for me.” We asked him what was on his agenda so far. He tells us, “I want to visit so many places, artistic places. I was to see all the trendy spots, and just mingle with people, and take advantage of everything there is to offer.”

Speaking of traveling….Oscar lives in Florida, but won a sewing studio as part of the competition. We asked if Oscar plans to make the move to Los Angeles. Oscar tells us, “I love Los Angeles! I like to do so many things and there is so much in LA. I like so many places, though. I love to travel and if I could choose, I would live in Los Angeles, New York, all over Europe, London for four months at a time. I am a Pisces so we are drawn to ambience. I love to experience all of it.”

Oscar was given one final challenge as part of his win—to design new uniforms for Benefit Cosmetics. Knowing Oscar always stays true to form in his designs, the first question we had for Oscar was how he was able to accomplish this challenge. Oscar says, “Nick taught me that you have to keep your identity, but also be able to step out from that and take the essence of your ideas and create something from that.” He gleefully shared that the team wanted all three designs he created and could not choose which one. We are dying to know, but Oscar tells us it will be unveiled to a limited group on Monday, April 14th, so we should be hearing more about it soon!

We asked Oscar which challenge was his favorite. He had two that he especially enjoyed, the Superhero Fashion episode where designers had to create a look inspired by a marvel superhero, and the Crossing Teams episode where each designer was paired with another to collaboratively create a collection for Francesca’s customer.  The amazing designer felt that this was also his most difficult challenge. “Designing for such a specific market at a specific price point like that was very challenging, but I loved it.” Oscar worked with Shan on the Francesa’s challenge and had won the competition (only one designer per team could be named the winner). On the episode, when both men were asked who should win, Oscar immediately said that Shan should be given the win because he has a family and children and he knows how important it is for his children to feel proud. They both went on to take the win that episode after judges loved the camaraderie the two had. I can tell you that after speaking with Oscar and getting to know him, that gesture was not all talk. Oscar is a really genuine, giving, and caring person. It comes across in everything he says. In fact, before ending our interview, Oscar asked me to personally pass on this message to YOU…his fans. “Please tell my fans that I really appreciate them. Please tell them I am sending all my love to them. Thank you so much!” See…you just cannot get much nicer than that!

We adore Oscar and asked him to keep us posted on all upcoming appearances, his new collection set to debut in June at Francesca’s, and all things “Oscar.” He gladly obliged and shared that you can find him on Twitter, Facebook, and Instagram. He also has a website where he designs custom clothes for an already lengthy list of clientele at www.ozcarg.com. Follow him on Twitter for constant updates @ozcargcouture. If you have yet to see some of the amazing work this talented designer has created with his gifted hands on Lifetime’s Project Runway: Under the Gunn, visit their site and take a look!  Be sure to visit us when Season 2 begins, as we always recap every show for you so you’ll never miss a moment!