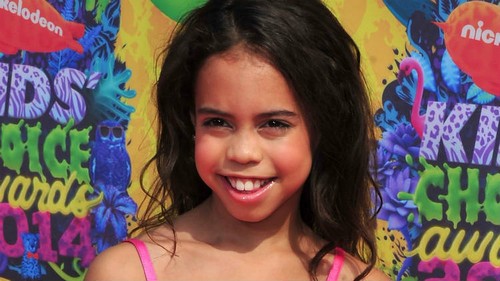 Tonight on Lifetime, RAISING ASIA airs it’s all new third episode of it’s first season. On tonight’s show, called “The Education of Asia Ray,” Asia’s training goes into high gear, and with Shawn out of town, Kristie is overwhelmed.

For those of you not familiar with the show, Child prodigy Asia Monet Ray is no stranger to the spotlight and her loyal fan base eagerly follows her every career move.

On the first episode tonight, Asia was slated to perform at the Reality TV Awards, but tensions were already running high in the Ray household, and when Kristie wasn’t happy with the stage, she tried to pull the plug. Meanwhile, Shawn went toe-to-toe with Asia’s manager. Did you watch the last episode if you missed it we have a full and detailed recap, right here for you.

On tonight’s episode Asia’s training goes into high gear, and with Shawn out of town, Kristie is overwhelmed–until a special visitor arrives to lend a hand. But while Kristie may be happy for the help, she’s less than thrilled by some unsolicited advice–and an attempted intervention.

Tonight’s third episode is going to be great and you won’t want to miss it. So be sure to tune in for our live coverage of Lifetime’s Raising Asia tonight at 10PM EST! In the meantime, sound out in the comments below and tell us what you think about this new show.

Tonight’s episode of Raising Asia beings with Shawn making Kristie breakfast before he leaves for his two day business trip. He kisses Kristie goodbye and tells her to hold down the fort before he leaves. He is worried about how Kristie will manage taking care of Asia and their other daughter Bella all by herself for two days.

Asia comes down for breakfast and Kristie announces that they don’t have any performances this week, so Asia needs to catch up on her school work. Asia heads upstairs to work on her routine in her studio and Kristie takes Bella outside to play.

Later Kristie heads out to lunch to meet with her sister Gina. She really doesn’t have time, but she doesn’t want to be lectured about missing “family time.” Gina thinks that Kristie needs to relax because she is a “Nazi dance mom,” and warns her that she is going to give her a heart attack. Gina says that Shawn has been calling her and complaining that Kristie is too high strung, and she won’t let him help her with Asia at all.

When Kristie returns home she freaks out because she finds the camera crew filming Kristie singing one of her songs. She orders them to turn the cameras off because the song has a copyright on it and they can’t have it on TV.

Asia heads to her vocal lessons with Billy, he is teaching her a song to sing at her upcoming show. Afterwards she heads to dance, and then home to do her school-work. Kristie has been teaching her at home for a year now, but it’s not working out. Asia clearly isn’t learning much and they spend their session bickering over how to solve multiplication problems.

Kristie calls in reinforcements to help her with the girls, her mom Vicy and her sister Gina. Vicy thinks that Kristie has tunnel vision when it comes to Asia, and she spends too much time driving Asia back and forth to Los Angeles. Her mom asks her when she sleeps, but Kristie laughs that she doesn’t need sleep, she’ll “sleep in the grave.” Kristie pawns Bella off on her mom Vicky and takes Asia to her hip-hop dance lessons with her instructor Erik.

Shawn finally returns home, and they all sit down for dinner with Vicky and Gina. Shawn tells Kristie that she is over-worked and stressed out for months, and from now on he is going to start taking her to some of her appointments and classes. Shawn is going to put his career on the backburner to make sure that Asia’s career is on the right track.

The next day the whole family heads to the studio to hear the song that Asia has been working on with Billy. Shawn gives his opinion and offers some advice to Asia. Kristie obviously isn’t thrilled about him moving in on her territory.

Kristie heads out to lunch with her mom Vicky and her sister Gina. Vicky breaks down in tears, and her sister Gina cries too. Her mom says that Asia’s career is straining her marriage with Shawn, and she is turning in to an “ice Queen.” Gina and Kristie start arguing, and Kristie storms out of the restaurant. Gina declares that her mom “raised a bitch.” Kristie doesn’t care what any one has to say…at the end of the day she is going to raise Asia HER way.