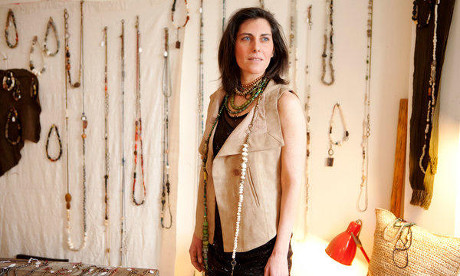 Ralph Lauren‘s niece, Jenny Lauren, went totally nutso on a Delta Airlines flight and was arrested on Monday for her outrageous behavior. Her drunken and abusive outburst forced the pilot to make an emergency landing in Ireland, where she was placed before a judge in a makeshift courtroom (set up in a local pub). She was flying from Barcelona to JFK airport.

The jewelry designer was asked to step before a judge in the Brian Boru pub because there wasn’t an adequate courtroom nearby and, let’s face it, a courtroom in a pub is probably much more fun than a legit one. The details surrounding Jenny’s disruptive behavior is still slightly unknown, but she must’ve been extremely intoxicated and disruptive for the crew to land an international flight.

According to the Daily Mail UK, Lauren’s case  “is due to be heard again tomorrow at Ennis District Court where sentencing will be decided on a guilty plea from Lauren.”

When the news source reached out to Jenny’s brother, Brad Lauren, he didn’t go out of his way to give a sugar-coated statement to preserve her image. He said, “That seems like Jenny. She can be explosive with her temper. I don’t know what could cause her to snap. She just has an explosive personality.” Jenny is 41 years old and has a rather successful jewelry business. We’ll let you know if we hear anything more on this case.