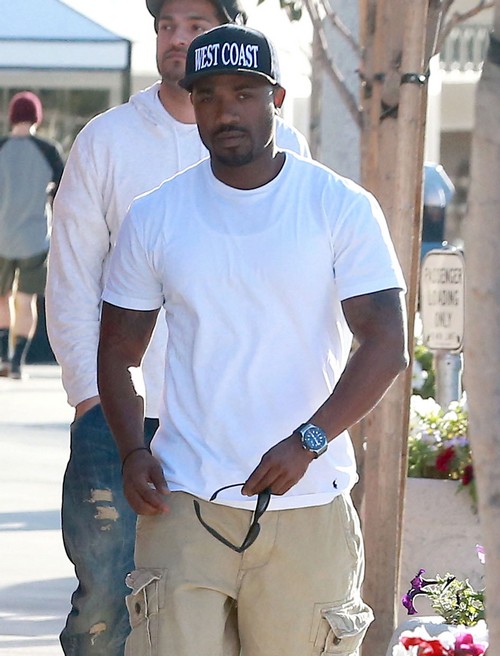 Occasional rapper Ray J has managed to keep his nose pretty clean and has steered clear of quite a bit of trouble in recent months. Unfortunately his streak came to a screeching halt last night at The Beverly Hills Wilshire Hotel. Ray J was in the bar when he touched a woman’s rear end and the police were called in. They decided that the incident wasn’t a sexual battery but an accident and Ray J was simply asked to leave. He hit the valet area and decided that he shouldn’t have to leave and apparently got into an altercation. Hotel security made a citizen’s arrest and police returned to arrest Ray J.

Once he was in police custody that’s when things got really messy and Ray J chose to make the whole situation worse for himself by kicking out the back window of the police cruiser. He also is accused of spiting on an officer. By the time all was said and done Ray J ended up being booked for vandalism, trespassing, resisting arrest and battery. He wasn’t held in police custody for very long and TMZ caught Ray J leaving jail with a pretty big smile on his face.

Since Ray J seems to be of the mindset that any publicity is good publicity then I’m guessing he must be pretty happy with himself. Years later this guy still loves when his sex tape with Kim Kardashian grabs headlines so my guess is that he will be talking this arrest to death don’t you think? Do you think Ray J lost control in that cruiser or did he see it as a headline catching opportunity for himself? Tell us your thoughts in the comments below!