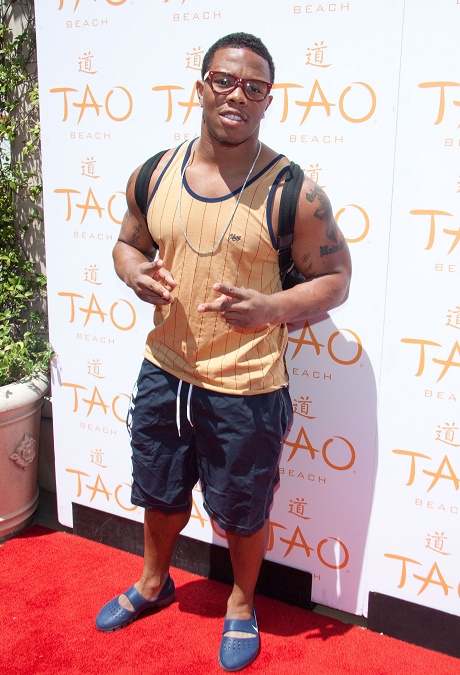 Ray Rice has been let go from the Baltimore Ravens and suspended from the NFL indefinitely following the release of a video showing him literally knocking out his then fiancee Janay Palmer. The Ravens announced the termination of his contract this afternoon, before TMZ posted the video.

The incident happened February15th at the Revel Hotel and Casino in Atlantic City. They both were arrested and charged with assault. Rice was suspended for 2 NFL games, but NFL commissioner, Roger Goodell, felt the sentence was too light and gave him a “harsher” punishment of 6 suspended games…

On March 27, 2014, Rice was indicted by a grand on third-degree aggravated assault, with a possible jail sentence of three to five years and a fine of up to $15,000. Back in 2012, Rice signed a 5 year, $50 million dollar contract with the Ravens…too bad he messed it up.

After Rice knocked his fiancee Janay Palmer unconscious, he had the nerve to PULL her out of the elevator as if nothing happened. After being knocked out and abused by him, she still married Rice on March 28th.

Even though he was cut, sources say Rice may get to keep $25 million that he’s been paid. Before TMZ released the video footage, the NFL said they had never seen the video. They then released a statement saying, “We requested from law enforcement any and all information about the incident, including the video from inside the elevator. That video was not made available to us and no one in our office has seen it until today.”

A new policy has been released on domestic assault cases involving NFL players with the first offense being an automatic 6 game suspension. The second offense will be a lifetime ban.