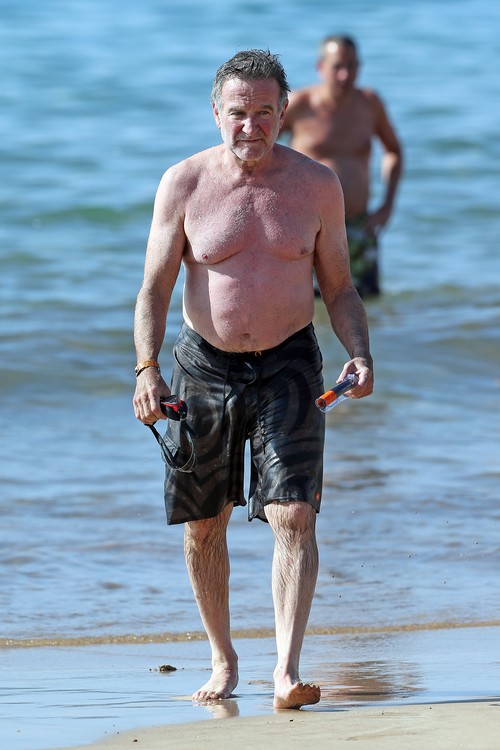 Robin Williams has reportedly been admitted to the Hazelden Addiction Treatment Center in Lindstrom, Minnesota. TMZ reports that Robin is back in rehab to ‘reaffirm his commitment to sobriety‘, which is a load of bull.

Let’s be real, Robin Williams relapsed. Of course his team is going to make it seem as though he’s just fine, and is only in rehab because he wants to stay sober. You think that a man of Robin’s stature would attend rehab if he absolutely didn’t have to? And that too in Minnesota, of all places?

But of course, Robin’s rep is sticking with the sobriety story, telling TMZ, “Robin is working back-to-back projects and is simply taking the opportunity to fine-tune and focus on his continued commitment, of which he remains extremely proud.”

Uh-huh. I didn’t realize that attending rehab in Minnesota was necessary when working on back-to-back projects. I guess in that case, every former drug and alcohol addict in Hollywood should attend rehab whenever they get too busy. If that actually happened, we’d literally lose half of the industry.

As far as excuses go, this one is pretty scant. I could buy that Robin had a temporarily relapse, and doesn’t want to risk it getting any worse. But I can’t buy that he’s absolutely fine, and he voluntarily admitted himself into a rehab halfway across the country because he wants to ‘reaffirm his commitment’ to staying sober. Why couldn’t he have gone somewhere closer to his home, if that was the case? Or better yet, why couldn’t he have taken a break from working if it was putting so much stress on him? It’s not like he needs the money.