Robin Williams’ Suicide: Could Electroconvulsive Therapy Have Been Used To Treat His Depression, Save His Life? 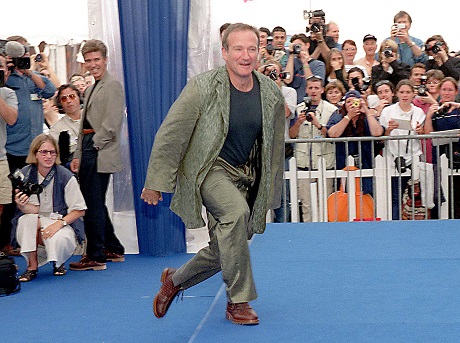 Last week, media outlets collectively tip-toed around Robin Williams‘ suicide. No one wanted to be the first to take a shot at the actor or those who were somewhat responsible for his well-being. The situation was already sad enough then but just one week later it has turned into a bit of a free-for-all. A lot of attention has turned towards Robin’s third wife, Susan Schneider, and whether or not more active involvement on her part might have, at the very least, interrupted his actions.

The Sept. 1st print edition of In Touch Magazine takes a completely different angle and suggests that a different form of treatment may have relieved the actor’s depression. E.C.T., Electroconvulsive Therapy, is by some believed to be a way to relieve depressive symptoms — but the there’s a flip side. It also causes permanent memory loss and, while patients may not be as depressive, the suicide rate after the fact is even higher! While it has been suggested that this kind of treatment might have helped Robin, it’s glaringly obvious why he wouldn’t have even considered it!

Can you imagine if this man who had made his living by using his sharp mind had lost the ability to think clearly or remember things? He already had lost his beloved second wife, Marsha Garces, and was struggling in his third marriage to Susan Schneider. Robin’s finances were taking a hit, his health was faltering, and his television show was canceled.

Clearly, this man had reasons to be depressed, and wiping out his memory would have been one more way that he would have felt like a failure, right? Do you think that his suicide was preventable if other treatments had been used? Tell us your thoughts in the comments below!