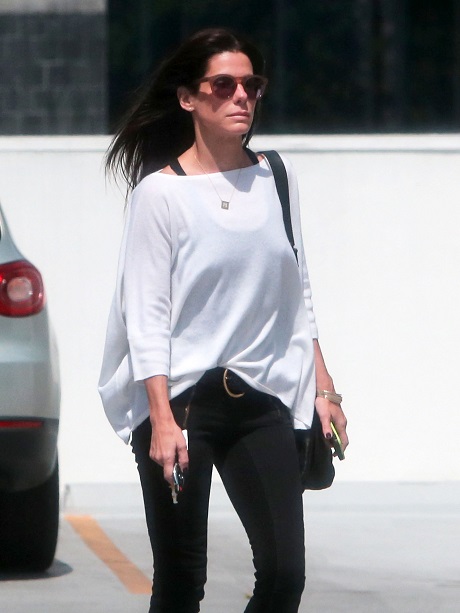 New reports suggest that Chris Evans‘ budding romance with Sandra Bullock might not be as straightforward as we expected. Apparently, Sandra is now ‘fighting’ Chelsea Handler for the affections of the Captain America star, even though there hasn’t been even one rumor that suggests that Chris and Chelsea were ever flirting or interested in each other.

Granted, this report does come from the National Enquirer, so take it with a grain of salt. According to their ‘source’, “Sandy and Chelsea both fell for Chris at the same time. Chelsea assumed that Sandy wouldn’t go for Chris because he’s so much younger, but Sandy is telling Chelsea to back off.”

Oh jeez, what are they, in high school? First of all, I doubt Chris Evans would want anything to do with Chelsea Handler. She’s rude and she’s crass, and she’s objectively much, MUCH less attractive than Sandra Bullock. If Chris were to choose, who do you think he’d end up going for? He even admitted that he’s always had a crush on Sandra. Also, Chelsea and Sandra are friends, and I doubt that they’d fight over a man, much less one that Sandra just started dating.

Granted, the Enquirer’s source also added this idiotic gem of a quote, claiming, “Chelsea reminded Sandy that she’s old enough to be Chris’ mom, and a romance with him could make her the laughingstock of Hollywood.” Again, Chelsea is almost 40 years old – that doesn’t make her THAT much younger than Sandra, who just hit 50.

Also, Chelsea and Sandra look the same age, even if they’re a decade apart. Chelsea’s drinking, smoking, and partying definitely took a toll on her face and body, whereas Sandra still looks like she’s in her late 30s, early 40s. But even putting all that aside, Sandra has dated younger men before [i.e. Ryan Gosling], and she never became the ‘laughingstock’ of the industry. Also, why can men commonly date women who are ten or twenty years younger than them, but women can’t? It’s a hideous double standard, and tabloids should stop perpetuating it.