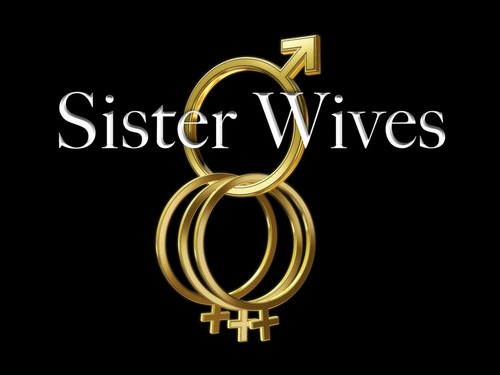 TLC’s reality show SISTER WIVES returns tonight with its fourth episode of season five.  Tonight’s episode is called, “Vegas Surprise” and on tonight’s show the family decides to throw Kody a Vegas-themed surprise party thanking him for all he’s done to get the family where they are.

On the last episode, As the Browns attempted to secure investors for their business, the family learned that a wife’s slip up could have cost them the whole deal. Later, Meri headed to Utah and catches up with a childhood friend. And Janelle continued her weight loss journey.  Did you watch tonight’s first episode?  If you missed it we have a full and detailed recap, right here for your enjoyment.

On tonight’s episode the family decides to throw Kody a Vegas-themed surprise party thanking him for all he’s done to get the family where they are. During the planning, each person shares how the family has grown. But will the big surprise be spoiled as the countdown looms?

RECAP: The Brown Family has been through a lot since they came out in open as a polygamous family. They’ve been hounded by both the press and the law. Also they were forced to move to Las Vegas which no one could value at the time as a good decision. Although that didn’t stop their patriarch from going through with the move anyways. Kody had went through with his “hated” plan and now three years later his family wants to throw him a party as an outlandish Las Vegas theme thank-you for it.

Back then they weren’t as understanding to all the possibilities a new city might hold for them. Which, to be fair to the kids, was only logical. They weren’t thinking about what was going to happen to them in the long term. They were young and suddenly they had to change schools and say goodbye to all their friends. It put a damper on their social lives.

Then they moved and what do you know they found out that they couldn’t even stay as one big family anymore. After they moved, they were forced into separate homes miles away from the rest of their siblings. But now that they’re all together again they can see for themselves that the move had given them more than what they started out with.

They came to Las Vegas out in the open. Each of the wives might not have liked that to begin with though they did learn to love being known as Kody’s wife and not just a family friend.

Still, this whole party was going to be more than a thank you. They wanted to make up to Kody all the times he’s felt that he wasn’t the leader of their family and they wanted him to know that they do care about him. And that includes his opinions despite the occasional mocking.

When he first went public, the wives feared how they would be treated and what could happen to their children. Then when they moved they feared they would be losing all that they left behind – a sense of community. Luckily, none of their worst fears came to pass and maybe that’s why they can see for themselves that maybe they should have had more faith in their husband.

Kody never saw his party coming and admittedly there were a few signs for the suspicious. On the day of the party, he took his boys out and afterwards he wanted to take them to a buffet. But his sons didn’t want to go and when they came home – their mothers said they’d be having dinner soon. Well, at this point Kody was extremely hungry so he kept asking when was dinner?

He asked everyone and that sometimes meant he would walk into a room and it would automatically get very quiet. And still he didn’t guess what was going on. So the party did come as a surprise for him and he got to dress along with his family as they each told him the best and worst part of their moving to Las Vegas.

So he heard the sob stories, but he also got hear how well his family was doing thanks to him. It’s nice to be told you were right!