BY Amanda Austin on May 28, 2014 | Comments: one comment
Related : Reality TV, Recap, So You Think You Can Dance, Television 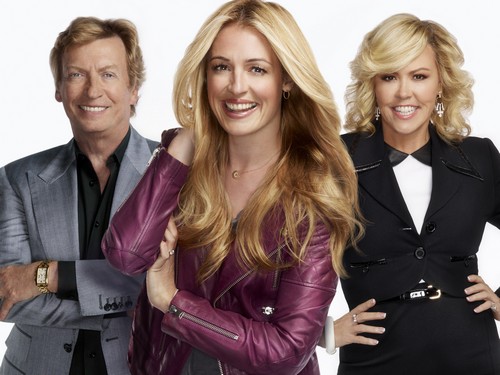 Tonight on FOX, SO YOU THINK YOU CAN DANCE continues with it’s premiere episode in an all new season. On tonight’s 11th season, we begin with the first round of auditions.

For those who are new to the show, So You Think You Can Dance is a show that features a tiered format wherein dancers from a variety of styles enter open auditions held in a number of major U.S. cities to showcase their unique styles and talents and, if allowed to move forward, then are put through additional rounds of auditions to test their ability to adapt to different styles. At the end of this process, a small number of dancers are chosen as finalists. These dancers move on to the competition’s main phase, where they perform solo, duet, and group dance numbers in a variety of styles. They compete for the votes of the broadcast viewing audience which, combined with the input of a panel of judges, determines which dancers advance to the next stage from week to week.

On tonight’s show SO YOU THINK YOU CAN DANCE soars into its 11th season with a two-hour premiere event showcasing America’s most talented dancers during the audition rounds. In Season 11, producers travel across the country in search of dancers who represent the best America has to offer. Those who shine during auditions will be given a ticket to callbacks in Los Angeles, where they work with top choreographers to learn and then be judged on multiple styles of dance. Some dancers wow the judges, while others leave them speechless. See who struts into the judges’ hearts and who trips up

So You Think You Can Dance Season 11 premiere airs tonight at 8PM and you don’t want to miss the first episode.  Celeb Dirty Laundry will be live blogging the show each week, so don’t forget to come back to this spot at 8PM EST for our live recap!

The Season 11 premiere of So You Think You Can Dance kicks off tonight with SYTYCD auditions in New Orleans. Each contestant will get a shot in front of the judges: Mary, Nigel, and guest judge Wayne Brady.

The first dancer to audition is 18 year old Shelby Rase, hailing from Louisiana. Mary says Shelby’s, “command and stage presence are phenomenal.” Wayne says Shelby was “stunning and he was so impressed.” Shelby admits that she started dancing before she was potty-trained. She jokes that her Dad does the “Bottle Dance,” so Nigel has him come down on stage to show the bottle dance. After her Dad embarrassed himself on stage, Nigel presents Shelby with a ticket to return to call backs.

Up next is 19 year old Tanisha Belnap of Utah, doing a ballroom dance for the judges. When she finishes Nigel says, “I wanted more, really tremendous. Great legs, great strengths. I think you’re going to be very very good.” Mary agrees she did a “really fantastic job.” Tanisha is the next dancer to receive a ticket to California.

The next audition is a duo of brothers, Shelby and Shane Skipper. Nigel remembers them form Season 6, and says that he has improved. Mary says they “have a great act together.” The judges decide to keep Shelby, however they don’t think Shane is ready to move on to the next round.

18 year old Trevor Brice, of Florida, is the next dancer to audition for So You Think You Can Dance. The judges are laughing hysterically by the time he is done with his bizarre ballet performance. Nigel dubs Trevor’s dance, “one of the greatest solos ever seen on So You Think You Can Dance.” Mary says, “I loved every bit of it. You’re very special!” Wayne says Trevor is “amazing,” and the judges give him his ticket to California.

The next dancer to audition for SYTYCD is 22 year old Courtney Barnes. Wayne says, “First off you have physical gifts that are just amazing. Can you do the choreography though? In terms of presence you own the stage.” Mary jokes that Courtney is “diva-licious.” Next Courtney does a bizarre impression of Wendy Williams, and wins over Mary and Wayne. Nigel votes “no,” so Courtney needs to wait until the choreography routine at the end of the show to see if he is in.

22 year old Novien Yarber of Alabama is the next dancer to audition before the judge. Afterwards the judges unanimously scream to Novien to come get his ticket, he is moving on to the next round in California.

The next dancer to audition is Jacoby, he challenges Wayne Brady to join him on stage and teaches him a few dance moves. After Jacoby’s audition, unfortunately the judges don’t think he is a good fit for So You Think You Can Dance.

Next up is a duo, Brooklyn Fullmer and Marcquet Hill. The judges recognize Hill from his audition back in Season 9, however they told him he was too young then. Nigel confesses after they are done that he, “was blown away.” Mary agrees and adds that, “they are hot together.” Wayne Brady announces that Marcquet is a “grown ass man.” It’s unanimous, the judges decide to send Marcquet and Brooklyn both to California.

Auditions are over, however it’s time for the twenty dancers that weren’t given tickets yet to perform their choreographed routines. After just an hour of learning the choreography steps, the first round of dancers all take the stage. Nigel informs them they were all horrible.

Justin Bieber makes a guest appearance on So You Think You Can Dance, to introduce a new twist this season. Every episode of SYTYCD this season will feature a dance crew, and fans at home have to vote for them on Twitter. Whichever dance crew receives the most amounts of votes will get to perform live on stage at the So You Think You Can Dance finale. Tonight’s first crew is Poreotics, a LA based crew that specializes on popping and robotics. The next crew tonight is Syncopated Ladies, an all-girl crew from the East Coast that specializes in tap dancing.

Next the SYTYCD judges Mary and Nigel head to Chicago for the next round of auditions, they are accompanied by guest judge Jenna Elfman. The first act to audition in Chicago is Nick Garcia of Florida, he will be performing a Latin ballroom dance, sans a partner. Nigel says Nick is “very, very, very good.” Mary and Jenna agree and can’t wait to see him dance with a partner. Jenna gives him a “double thumbs up.” It’s unanimous, the judges give Nick a ticket to the next round in California.

Up next is Nick’s friend Rudy, he was born with a birth defect and had to have surgery on his diaphragm, he tells Nigel today he will be “dancing from his scar.” The judges are blown away with his performance. Jenna “loves how strong he was” and announces he is a “beautiful dancer.” The judges are once again unanimous and decide to send Rudy to the next round of auditions in California.

The final performance tonight is from Season 10 alums Fame Crew, who are exotic dancers. Mary and Jenna join them on stage in chairs while the four guys dance around them. Unfortunately, the Fame Crew bows out of the choreography round because it is too hard.

Nigel, Mary, and Jenna give a handful of dancers another opportunity to impress them, and all four dancers redeem themselves and receive tickets to the next round of auditions in California. A total of 12 dancers were given tickets to California after the Chicago auditions.