BY Amanda Austin on June 11, 2014 | Comments: 2 comments
Related : Reality TV, Recap, So You Think You Can Dance, Television 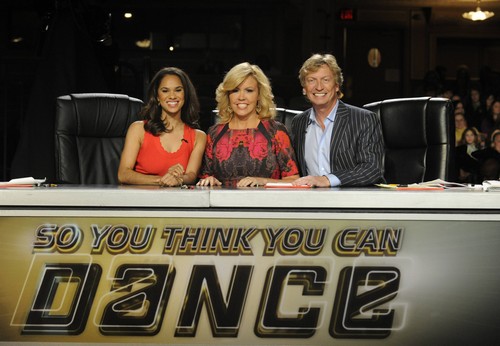 Tonight on FOX, SO YOU THINK YOU CAN DANCE continues with a new episode. On tonight’s episode the third round of auditions features dancers in Los Angeles and Philadelphia. Christina Applegate is the guest judge in Los Angeles, while Billy Porter and Misty Copeland share the honor in Philadelphia.

On the last episode of SO YOU THINK YOU CAN DANCE, the competition continued when SO YOU THINK YOU CAN DANCE headed to Chicago and Los Angeles. Guest judges included Jenna Elfman and Fabrice Calmels (Chicago); and Christina Applegate (Los Angeles). One of the most memorable performances of the evening was a street dancer who called herself Mary “Poppins” Bonnevay and brought her popping skills to the stage which earned her a ticket to the next round.  Did you watch last week’s episode?  If you missed it we have a full and detailed recap, right here for you.

On tonight’s show Christina Applegate is Guest Judge in Los Angeles; Billy Porter and Misty Copeland are Guest Judges in Philadelphia. The search for “America’s Favorite Dancer” continues tonight when SO YOU THINK YOU CAN DANCE heads to Los Angeles and Philadelphia. Watch what happens when the most gifted dancers – skilled in a variety of dance styles, including jazz and krumping – all compete for a prized spot on the live shows in Los Angeles. See who impresses the judges.

RECAP: Tonight’s episode of So You Think You Can Dance kicks off with auditions in Hollywood with SYTYCD judges Mary, Nigel, and guest judge Christina Applegate. The first act to take the stage is ballroom dance partners Alla and Serge. The judges recognize Serge from Season 10 of SYTYCD, Mary tells him that she has always been a fan and his new partner has “great legs.” The judges are unanimous and give Serge and Alla a ticket to the next round of SYTYCD.

The next dancer to audition is a B-Boy dancer named Timothy Josephs from California. Mary says, “Oh my God it’s like someone just shot you out of a rocket, you did some tremendous things out there. I didn’t really feel that you were paying attention to your music, you gotta bring to an artistic level.” Christina says she doesn’t know about his performance, “because she never got to see his face.” Nigel puts him through to choreography. However, he injured his leg during his audition and the medic thinks that he should sit choreography out.

9 year old J-4 takes the stage next, Nigel informs him is way too young to compete he argues that he is a hip-hop dancer and he is “just here for the experience.” Nigel has two SYTYCD alums come up on stage with him and freestyle. Nigel says that his audition was tremendous, and he thinks he can “make a bit of money on the side.”

Jourdan Epstein takes the SYTYCD stage next and auditions for the judges. Christina says she is “so captivating and so beautiful, and your technique is extraordinary, but it was the stuff in between that gave me chills.” Mary agrees and screams, “You are amazing. You are just everything, the master of control and so powerful and soft! I loved it!” Nigel tells her to come one down and get her ticket.

Season 9 of SYTYCD alum Johnny “Waacks” Gibson auditions for the judges next. Nigel says, “You sir are an artist. Your face did not stop performing from the moment the music started, this I thought was just captivating and mesmerizing.” Mary agrees and says, “I think you commanded every single member of this audience today. Every little nuance was just so spot on.” Christina agrees and they send Johnny Waacks on to choreography.

A duo of dancers, Malene and Armen audition next before the judges. Armen was on SYTYCD Season 10, however he dropped his jazz partner on her head and was sent home. Nigel says that “Malena is tremendous and Armen is a lucky man. Congratulations to the pair of you.” Mary agrees, “Malena you just took the dang train and ran it right off the dang track. I think the partnership is fabulous because you are a dude out there and I love that about you, you’re so in control of everything you are doing.” Christina agrees with Mary and Nigel, and the judges give them both a ticket to call-backs.

Next Mary and Nigel head to Philadelphia for another round of auditions, accompanied by guest judge Misty Copeland. The first dancer to audition in Philadelphia is Bridget Whitman, whose father recently passed away in a horrific car accident. Misty proclaims that Bridget is “beautiful and her dance was real and the fact that she pulled it together and gave that performance was amazing.” Mary goes on to say that “she was right there with Bridget.” Nigel agrees with Misty and Mary and tells Bridget to come on down and get her ticket.

Ballerina Amir Sanders takes the stage next and tells the judges she is going to perform a “little funky point” for them. Misty says, “I think that your technique is beautiful and your lines are beautiful and mixing it with your funk I loved that. There were some little transitional details, and you should really work on feet. But, I loved you and I love your fro.” Mary says, “you’re gorgeous and you’re unique and you looked like a young Diana Ross for a moment, and your dancing is gorgeous too.” Nigel puts Amir through to choreography to give her another shot to impress them and get a ticket.

SYTYCD alum Jenna Johnson returns to partner with Landon. He helped her make the show during her auditions but he was too young to compete back then. So she has returned to help him make it on the show now. Misty says, “you seemed like a little boy when you were out here speaking, and then I was like … he has matured right before my eyes.” Nigel and Mary agree and tell him to come on down and get his ticket. After Landon runs out with his ticket, Nigel takes Jenna aside and says that they are formally inviting her back as an all-star.

Now it’s time for Justin Bieber’s segment on SYTYCD. Every week he shows clips of two dance crews and fans are supposed to vote online which crew they think is better. During the season finale the winning crew will be announced and will perform on the SYTYCD stage live. The two dance crews featured tonight are a Bolly/Hip-hop group called “Wanted Ashiks.” The second dance crew is called, Mix’d Elements, a LA based hip-hop and street style crew.

The next dancer in Philly to audition is Season 9 alum Shafeek Westbrook, he made it through to the Vegas rounds and then was cut, and then he proceeded to throw an infamous temper tantrum cursing everyone out before he stormed out of the building. After his audition this time around Mary say, “You definitely can move and you have some great moves at that. I wanted some more wow moments, and I know that you can do that because you have done that before.” Misty agrees and says that his face didn’t connect with the rest of his body. Nigel agrees with Mary and Misty puts Shafeek through to choreography. After his choreography round, Shafeek receives a ticket to the next round.

For the second day of auditions in Philadelphia, Billy Porter joins Mary and Nigel at the judge’s panel at a guest judge. 19 year old Chicago native Stanley Glover takes the stage next to audition for So You Think You Can Dance, he says he will be performing a contemporary dance that is “very creature like.” Nigel says, “I truly don’t know what you go in there, but you took me with you. I wasn’t sure what was going to break out of your stomach, it was like an alien in there. Your technique is fantastic young man, I don’t know if you realize how good you really are.” Mary agrees and proclaims that she loved his performance, Billy Porter says, “your technique is really really great and your potential is extraordinary.” The judges agree to give him a ticket to call-backs.

The final dancer to audition on SYTYCD tonight is a crumper named James “Banks” Davis. He was dancing on Halloween a few years ago and he was shot in the knee by a girl’s boyfriend that was watching him dance. The hospital was seconds away from amputating his knee but the pulse in his leg suddenly came back so they didn’t have to. Since then he has trained and bettered himself and is ready to audition for SYTYCD. Billy Porter says that James’ performance was beautiful and “he is a story-teller.” Mary says, “that was a beautiful slow crump, but I think you would need more in coming on this show.” Nigel agrees that even though he was slow, he was still planting his feet, but he doesn’t know if he has anything else to give them. The judges agree to put James through to choreography. After learning the steps for an hour James and his partner head out on stage, unfortunately the judges aren’t pleased with his routine and send him home.