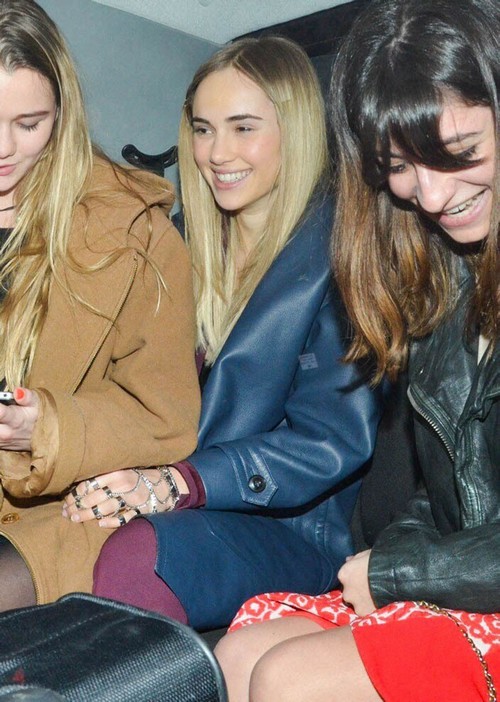 While it was reported that Suki Waterhouse ended things with Bradley Cooper over their 18-year age difference that was becoming increasingly noticeable as Suki ached to get out and party, while Bradley was more content being a homebody.

CDL can share that there was more to the breakup than a mere difference in age. Suki was losing patience over the fact that Bradley never cut off ties with his former flame Renee Zellweger, 44, and would still talk and text were her on a regular basis.

What was even more upsetting to Suki, 21, was that Bradley was confiding in Renee, discussing personal and private issues that she felt should have been shared with her only, as his current girlfriend. Bradley, however, still enjoys talking to Renee and feels as though she offers valuable advice. She knows him and his family well, and they are in a good place. Suki, on the other hand, was too young to contribute valuable advice on the topics he discusses with Renee because she doesn’t have much life experience.

While both couples have remained close friends while dating others, it seems Suki just wasn’t up for the imagined competition. Renee, who has been dating musician Doyle Bramhall, 45, is close to signing a movie deal with Bradley’s close friend Daniel Craig, and Renee has been asking Bradley to put in a good word for her, ONTD reports.

The two years that Bradley and Renee were together brought them very close. Bradley’s mother really liked Renee and hoped they’d marry. Some media outlets even reported that it was because of Renee that Bradley and former girlfriend Zoe Saldana split up as well after Renee reportedly sent flowers to Bradley and stayed a little-too-close to him for Zoe’s liking.

So, will Bradley bite the bullet and admit he’s not over the Bridget Jones Diary star, or will he continue to destroy his current and future relationships? Doesn’t seem to us like Renee is gong anywhere!