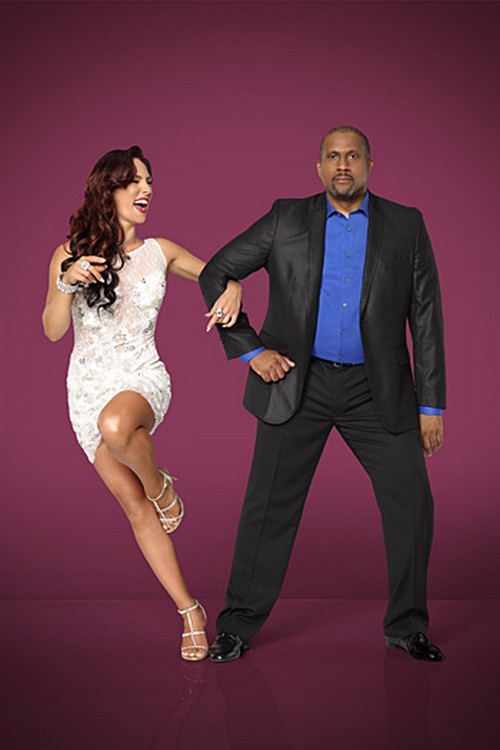 Tonight on the season 19 premiere episode of Dancing with the Stars American talk show host, author, liberal political commentator, entrepreneur, advocate and philanthropist Tavis Smiley danced a Foxtrot to “Pride & Joy” by Marvin Gaye.  The competition kicked off tonight with a two-hour premiere and each couple performing a Cha Cha, Foxtrot or Jive, vying for America’s vote for the first time.  Did you watch tonight’s premiere episode?  If you missed it we have a full and detailed recap, right here for you.  If you missed any of tonight’s videos we have them all for you too!

Tavis Smiley and professional dancer Sharna Burgess: dancing a Foxtrot dance. Tavis has been getting ready for his dance tonight.  Tavis tweeted this about tonight, “Team SmilesandSass are dancing the Foxtrot on Dancing ABC tonight. Tune in and vote”

Judges’ comments: Julianne: “I have to give you a z snap, that was awesome. You were comfortable, I am so glad you decided to do this.” Bruno: “You are a ray of sunshine, I loved the comedic touches, just watch your arms.” Carrie Ann: “I like watching you dance, you are a natural mover that is going to grow and grow.” Len: “You are nifty for fifty, just need to work on your footwork, it was fun and great.”