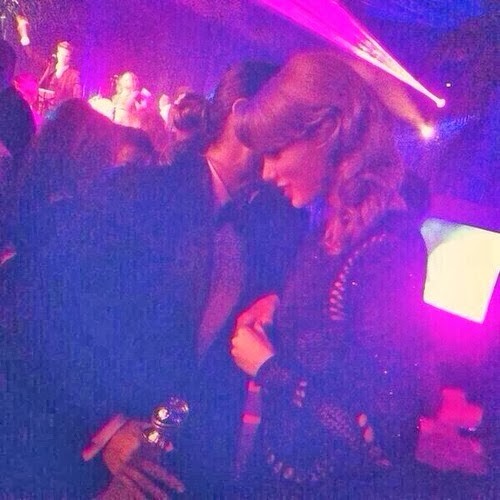 Is all American darling Taylor Swift, 24, changing her dating pattern and trying out the other end of the age spectrum again. Swift lost the Golden Globe for Best Original Song to U2 in the awards show, but she didn’t let that rain on her parade and obviously had a blast flirting and getting up close and personal with fellow musician Jared Leto at the after party.

Rumored potential love-interest of the season is fellow singer/actor Jared Leto, who is 42! Of course 42 isn’t old as in OLD, after dating barley-out-of-diapers Harry Styles and her High School conquest Conor Kennedy quite a change of pace for Taylor!

She has dated “older men” like John Mayer and Jake Gyllenhaal in the past and is known to regurgitate break-ups in songs and make a ton of money that way.

Huffington Post reported that they were spotted at the InStyle And Warner Bros. party after Leto received the Golden Globe for Best Supporting Actor for his role in Dallas Buyer’s club. Marlow Stern from The Daily Beast took a photo of Jared Leto cozying up and leaning over to “whisper something into her ear”.

Jared Leto seems to be on a winning streak at the moment. After his recent Golden Globe he’s rumored to be a front runner for the Oscar and has also made some waves by posing for photographer Terry Richardson. Not particularly known for taking demure photos Richardson stuck to his guns and most of the photos he took of Leto were either in the nude lifting weights or covered by a bath towel. Definitley NSFW but may have drawn Taylor’s interest prior to their encounter.

We spoke with Taylor’s rep and we asked if Taylor was romantically involved with Jared Leto – the rep said “these rumors are completely false.“ 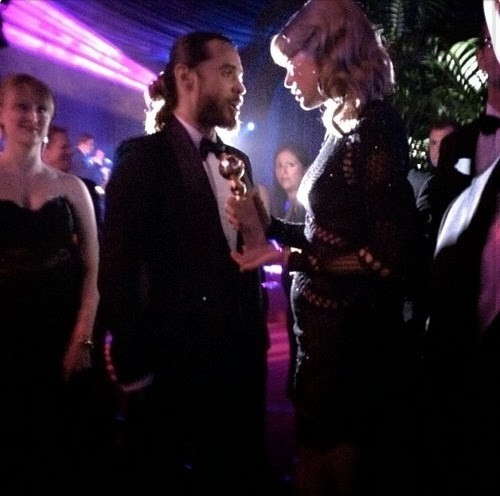