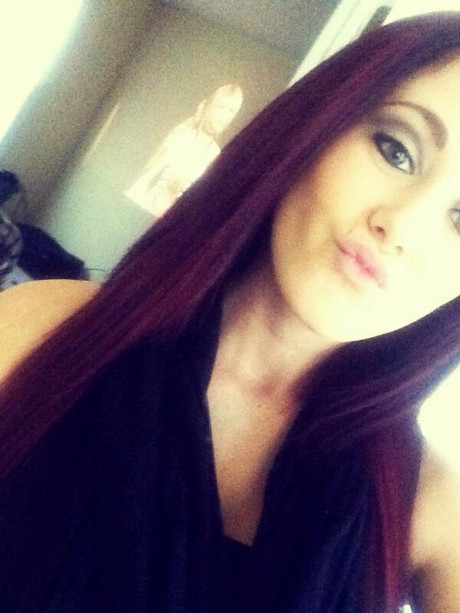 Nude photos of Teen Mom 2’s Jenelle Evans are released once a year like clockwork, and the reality star’s annual full frontal nudes have hit the internet this morning. Instead of violating a park bench in broad daylight, Jenelle decided to go a little more natural this year and just lay on her bed with her legs wide open. Go ahead and Google the pics if you dare, but be warned they are NSFW and probably shouldn’t viewed while you are eating — or if you are even thinking about eating today.

Being the narcissist she is, Jenelle took to Facebook just hours after the photos were leaked and claimed them. So, there is no question about the validity of her new nude photos, or whether or not they are fake. She stated on Facebook, “It’s all good, that shit is old.” Jenelle is trying to pin the nude photo leaking on Courtland Rogers and his new girlfriend, whom she has been bickering with this week. But, her other ex-boyfriend, Gary Head, has a different theory about Jenelle’s new nude photos.

Gary took to Twitter and announced that Jenelle actually sold the photos to a website herself because she’s allegedly broke. After the photos began circulating around the internet this morning, Gary Head tweeted, “She told Kieffer to sell the nudes of her and split the money. She plays victim. She’s back at it again, selling her body because she’s BROKE.”

So, Teen Mom fans, do you believe Courtland leaked the photos to get revenge? Or do you agree with Gary Head that Jenelle sold the photos of herself because she needs some quick cash? Let us know in the comment section below!