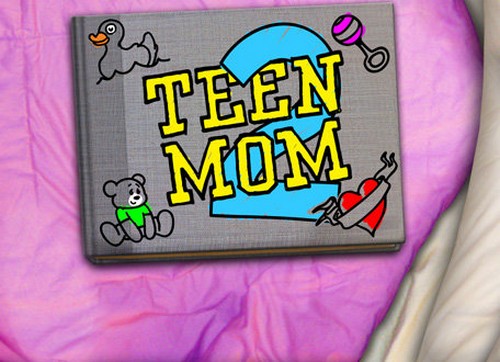 Tonight on MTV the new season of TEEN MOM 2 returns with a whole new episode, “Working Overtime.”  On tonight’s episode Jenelle moves in with Nathan in Myrtle Beach, S.C.; Kailyn and Javi make an offer on a house in Delaware.  Did you watch last week’s episode?  We did and we recapped it right here for you.

On last week’s episode Ali will needed to use a wheelchair.  Jo high-fived his son for making “a poop in the potty” — but the tone quickly changed when Isaac scuttles off, and his doting parents, Jo and Kailyn were left to argue over Isaac’s drop-off time. Jenelle and Nathan decided to cohabit.

On tonight’s show Chelsea allows Adam to pick up Aubree from pre-school. Kailyn and Javi go house hunting and put in an offer. Jenelle decides to move in with Nathan.

Tonight’s Teen Mom 2 season 5 episode 4 is going to be exciting, and you won’t want to miss. While you wait for our recap, hit the comments and let us know how excited you are about the season 5 episode 3 of Teen Mom 2.  Check out a Sneak peek video of tonight’s episode below!

Tonight’s episode of Teen Mom 2 starts off with Jenelle and her Mom and Jace out to breakfast. Jenelle fills her Mom in on her recent legal problems, her lawyer is going to have her plead guilty to her other charges, in hopes that the judge will drop the heroin charges. Jenelle is moving in with her internet boyfriend Nathan in Myrtle Beach.

Kailyn is home with Isaac and she receives a phone call from Javi, he sent her a picture of a house he looked at by his bade for them. He is tired of living in a motel all week, and wants to get the house buying process started. Javi is going to talk to the realtor about the house, but Kailyn is scared that they are going to buy the house and then find out that the court won’t let her move out of the county.

Chelsea, Megan, and their Moms head out to lunch. Adam’s Mom has been texting Chelsea and asking if Aubree can come over to her house. Chelsea is going to take Aubree over to their house tonight, so she can go birthday present shopping for Aubree.

Aleeah and Ali are spending the weekend at Corey’s house, and Leah is home with her youngest daughter. Leah’s Mom Dawn stops by, and Leah reveals that Jeremy left yesterday for a new job up North, and he won’t be home for a month. Leah confesses to her Mom that she and Jeremy are going to sell their house and move, because it isn’t wheel-chair accessible. Dawn breaks down crying, she fells helpless because there is nothing she can do to help Leah with Ali’s medical problems.

Taylor and Adam head out to dinner, Taylor is due to give birth in two days. Adam fills Taylor in on Aubree’s pre-school orientation, he even signed up to be a chaperone. Taylor says that Chelsea needs to get over the fact that he is having another baby, and stop using it as an excuse to keep him from Aubree. He wants Chelsea to sit down with her parents, his parents, and him to set up a legit visitation schedule.

Javi and Kailyn take Isaac to look at the house that they are interested in buying. Kailyn hasn’t seen the inside of the house, but Javi has, he said it is really nice. Kailyn told him to go ahead and put an offer in, because the realtor doesn’t know how long it will be on the market.

Corey fills his wife Miranda in on what Ali’s doctor says. Corey doesn’t want Ali to go through any more tests, he doesn’t want the doctors to turn her into “some test dummy.” He is skeptical about Ali getting a wheelchair because he is afraid that once she has a wheelchair she will quit trying to walk.

Jenelle and Nathan are moving into their new house in Myrtle Beach. Jenelle unpacks the whole u-haul while Nathan cleans up his dog’s poop form the yard.

Kailyn meets up with her maid of honor, to discuss her wedding plans with Javi. She fills her friend in on her and Javi’s plans to buy a house. She is stressed that after they buy the house the judge will say that she can’t move. But, her and Javi can’t afford to pay for two houses, so she will have to move in with Javi’s parents.

Chelsea is getting Aubree ready for her first day of pre-school. It is also Chelsea’s birthday, on the way to school Aubree sings her “Happy Birthday.”

Barbara is taking Jace to Jenelle and Nathan’s new house in Myrtle Beach. Barbara thinks that Jenelle’s house is beautiful, she gives her Mom and Jace a tour of her new house. Barbara can’t believe that Jenelle is paying $1500 a month for rent, but Jenelle says that her boyfriend Nathan has a good job at a resort.

Adam meets Chelsea at Aubree’s pre-school, Aubree wants to go home with her Dad. Chelsea won’t let her though because it is her birthday and they have plans after school.

Leah calls Jeremy to see what he thinks about selling their house. She has found a house that she thinks he may like on a farm next to his parents’ house. Jeremy tells her to send him a picture of the new house. Leah’s Dad comes over and she fills him in on their plans to move into a new house. Her Dad doesn’t think the house she likes is a good idea, because it is forty minutes away from her parents’ house. Jeremy is always out of town, and he doesn’t think she should live so far away from them with all the kids, alone.

Javi heads home and Kailyn is waiting on the front porch for him. He reveals that he spoke to the realtor and she is putting in a bid on the house they want to buy. Kailyn plans to just move to Delaware regardless of what the judges says.

Chelsea has a night class, and she is still going even though it’s her birthday, so she is dropping Chelsea off at her Mom’s house. Chelsea tells her Mom about Adam coming to Aubree’s school to see her on her first day of school.

Leah is meeting Corey to pick up the girls, she lets Corey know that Jeremy and her are moving into a new house. She wants to move out in the country so that Ali can ride horses like her physical therapist recommended. Leah lets Corey know that she is planning on enrolling Ali in school. Corey doesn’t think it is fair to send her to school when she is already going to therapy. Leah snaps on him and tells him that his daughter has muscular dystrophy, not a cold, it isn’t going to just go away and he needs to stop living in denial.