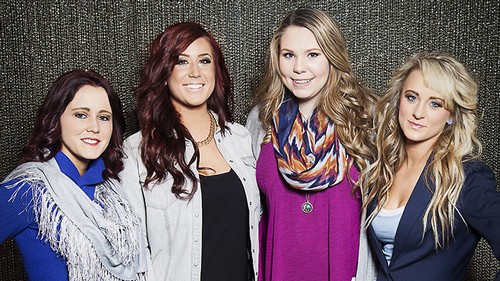 Tonight on MTV season 5 of TEEN MOM 2 kicks off with a new episode. Tonight’s episode is called “When Everything Seems Wrong” and on the episode Jenelle and Nathan prepare for his approaching jail time; Chelsea moves into her new house.

Teen Mom 2 is a spin-off of the MTV documentary series “16 and Pregnant.” The show follows the stories of four girls from the second season of “16 and Pregnant” and documents the challenges of their first years of motherhood. Each episode interweaves stories of four teenage girls who are navigating the bumpy terrain of adolescence, growing pains, and coming of age – all while facing the responsibility of being a young mother.

On tonight’s episode Chelsea moves into her new house; Kailyn invites Jo and Vee to Isaac’s birthday party; and Leah struggles to balance her work and family life.  Nathan must turn himself into jail soon, leaving Jenelle worried about the future. Leah has a difficult time trying to work while being a mother. Kailyn decides to invite both Jo and Vee to Isaac’s birthday celebration.

Tonight’s Teen Mom 2 season 5 episode 15 is going to be exciting, and you won’t want to miss. While you wait for our recap, hit the comments and let us know how excited you are about the the new episode of Teen Mom 2.

The new season of Teen Mom 2 continues tonight with a new episode called. “When Everything Seems Wrong.”  On the last episode the new season premiered with Chelsea marking a huge milestone in her life by buying her own house but gets bad news when the state withholds her esthetician license for working as a makeup artist at a wedding for pay. Cory and Leah are frustrated with how long their insurance company is taking  to approve Allie’s wheelchair and Cory accuses leah of telling Allie she has Muscle Dystrophy. Kaitlyn and Javi struggle to adjust to married life and Kaitlyn tells Javi she feels unhappy. Jenelle and Nathan find out they are having a baby boy but worries she may have to go to jail. They find out Jenelle will get off without jail time but Nathan isn’t so lucky and getS 30 days behind bars.

Tonight’s episode begins with Leah keeping Allie out of school because she is complaining of pain in her leg. She leaves the girls with her grandma while she goes to work. Grandma warns Leah about juggling way to much and says if she keeps going she may collapse but Leah assures her she has it all under control and that it’s all for the girls’ future.

Kaitlyn and Javi put forth effort to get along better since Isaac’s birthday is approaching. They sit down and talk about their relationship and Kaitlyn tells Javi she feels hurt that he feels his love isn’t reciprocated. Kaitlyn takes responsibly for not showing Javi how she feels and says she’ll work on it. Javi then tells Kaitlyn that he has to go away for training for 4 weeks and Kaitlyn worries this will put a strain on their marriage

Chelsea is nervous to tell her boss that the state is withholding her license while they investigate whether she was working for pay without being licensed. Her boss tells her tough luck and that she can no longer work until she gets her license.

Jenelle is relieved that all her charges for breach of peace were dropped and that it won’t affect her probation. She’s excited to start school to be a medical assistant. She meets up with Barbara but Barbara spends most of the time yelling at Jace for trying to flip over a slide. She tells her about her good fortune with the law and Barbara says Jenelle she is under a “Lucky Court Star”. She tells her about Nathan’s misfortune with the law and Barbara says she’s concerned about Nathan’s drinking and their violent fighting. She asks Jenelle what she’s gonna do while she’s alone for 30 days. She tells Jenelle to use the time to reflect on her life and the life she is going to make for her new baby.

Javi takes Isaac to preschool so Kaitlyn can have time to hang out with friends. Kaitlyn tells her friends Javi’s absence for a month might be good for their relationship because they’ve been at each others throat so much. She tells them about her plans for isaac’s bday and they she plans on inviting joe’s girlfriend Vee. Her fririends worry if they will show. She says she’s past her ill feelings toward vee because she no longer has feelings for joe. She wants to show Isaac that even though his parents have different partners they can still get along.

Meanwhile Leah is at work at the tanning salon and tells her coworker that she has to do things for herself. She jokes that everyone thinks she’s on overload and will collapse and die. She meets Jeremy back at home and tells him Allie stayed home from school. Jeremy asks Allie what was wrong with her and she replies, “I was sick with my bones.” Leah says Allie is smarter than people give her credit for and that she knows whats wrong with her. She complains that Cory is making her out to be a bad parent for telling Allie what’s wrong with her. She doesn’t want to be negative but just wants to do the right thing.

Chelsea talks with her friend Chelsey about how the state denying her license came at the worst time because she’s trying to buy a house. Her friend Chelsey says she’ll be her roommate and that she has no problem with living with Aubrey’s naughty behavior. She says it’ll be no problem because she’ll just spoil her. Chelsey brings up Adam’s pending charges and says it doesn’t matter because Aubrey is used to Adam not being there.

Nathan and Jenelle get a call from Nathan’s lawyer Amy. She tells Nathan he has to plea April 2nd and he replies with “That sucks!” She shays they’ll process him immediately and he’ll begin his 30 day sentence. she says people have seen him driving around town and she threatens him with a 90 day sentence if he’s caught driving again. Shen ends the convo with “Do Not Drive!” Nathan is upset that he has to do jail time but he says he’d rather go to jail rather than do 7-8 months in a combat zone. He says he’ll miss Jenelle and he’ll miss seeing her belly grow.

The show continues Kailyn calling Joe and telling him she is done fighting with him and wants him to bring Vee to Isaac’s bday party. She says it’s not an invitation to be best friends but she would like her to come. Joe says he’ll ask Vee if she wants to come. He gives Vee the invite and Vee is surprised and says when she goes to the party it’s gonna be “All eyes on me.” Now Vee feels obligated to go but thinks its best if they don’t go. She asks joe about what it will be like in the future at graduation and other celebrations.

Leah meets Cory to drop off the girls and Aliya acts out by hitting and kicking Leah. Cory tells her he’s got bad news in a letter from the insurance company. They have not established Allie’s need fro a wheelchair and that they need more documentation. Leah pressures him to call and stay on top the insurance company and says they need the newest testing results for Allie. Cory says Allie just wants to be normal like her sister and that she does’t want a wheelchair. Leah tells Cory to stop being selfish and think about how free the wheelchair make Allie feel and one day they may be able to say “forget the damn wheelchair!.”

Chelsea’s ex Adam talk with his friend about getting more visitation time with Aubrey. Adam says he can just text Chelsea if he wants more time. Meahwhile, Chelsea begins moving into her new house and settles into being a new homeowner. Her new rookie Chelsey joins Chlesea and Aubrey for dinner in their new house. Aubrey scares both Chelsea and Chelsey by touching the stove while it’s on. The sit down for a nice dinner of corn dogs and french fries and Aubrey says she loves her new home.

Jenelle is bummed that Nathan has to go to jail next week and is upset that he has been out drinking all day. She asks him how he feels about going to jail and he says it’s better than supervised probation. She has a mini intervention and asks him if he thinks he has a drinking problem. He admits to having a drinking problem to a certain extent. She tells him its weird that he drinks during the day and Nathan get defensive and says he’s done. He says he’s offended because she’s grilling him about drinking and Nathan questions why he’s with Jenelle. He gets out of the intervention by arguing with Jenelle and accuses Jenelle of trying to fight just to fight. He says he can stop drinking whenever he wants and she shouldn’t throw stones when she drinks out of a glass bottle.

Kaitlyn and Javi throw Isaac a huge bday party at their house. Kaitlyn is shocked that Joe and Vee are a no-show. She says if the tables were turned she would’ve gone to Joe and Vee’s house if for no other reason than to be noisy to see where they live. Isaac is apprehensive to opening his presents and says he doesn’t want to.Isaac is not at all impressed at the gifts people bought him and Kaitlyn threatens to take all the presents back.

Leah is upset that Cory is dragging his feet when it comes to getting the necessary paperwork to the issuance company for Allie’s wheelchair. She tells a friend that she misses so much school because she doesn’t have a wheelchair and that she is struggling to get Cory to come to terms with the fact that Allie needs a wheelchair. She says she will get that wheelchair come hell or high water and that she’ll pay $20,000 if she has to. She says they test show that Allie needs a wheelchair and she suspects that Allie doesn’t have a wheelchair yet because Cory is slowing the process down on purpose. Leah admits that she needs help and needs to see a doctor because she feels overwhelmed and alone.

The next morning Nathan and Jenelle make-up and talk civilly about Nathan’s drinking problem. Jenelle tells Nathan it’s not about him drinking but about the weird times he chooses to drink. They agree that baby Kaiser needs to grow up in a stable home.

Chelsea finally gets a letter from the Department of Labor that says they have more questions. They explain that they have hardcore evidence that she got paid from tweets during the event. A frustrated Chelsea calls her dad and suggests they get a lawyer.