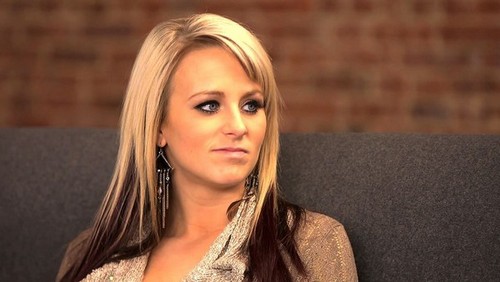 Leah Messer has made a mess of her life, and it just keeps getting worse. It seems that despite the fact that she has three children, Leah still has a lot of growing up to do as she continues to act as a rebellious teen. Leah Messer has mounting personal problems that she has been battling including claims of cheating on her current husband—the father of her youngest child, allegations of drug use, preparing for a custody battle for her twin daughters, and now…reports of her completely draining her daughter’s trust fund account of the 50 thousand dollars it once had.

Messer’s daughter Ali, with ex Corey Simms, has a rare form of muscular dystrophy and has required a great deal of medical treatment. A trust fund was established for her, but selfish Leah has drained it for her personal use, reports In Touch. Leah has reportedly had a $600 a week painkiller addiction, and it has left her broke—leading her to steal from her daughter’s trust fund. Now, reports In Touch, her ex Corey Simms has gotten work of the empty account and he wants answers! He is furious that Leah could be so selfish that she would steal from her own daughter.

This likely won’t bode well in her fight to win back current husband Jeremy Calvert, who left the 22-year-old after accusing her of cheating on him with ex Robbie Kidd—who happens to be the boy she cheated on her first husband with as well.

Leah is going to have a tough battle on her hands over the trust fund which will undoubtedly just add to her growing problems. Is Leah getting everything she deserves? Why doesn’t this girl learn from her mistakes?